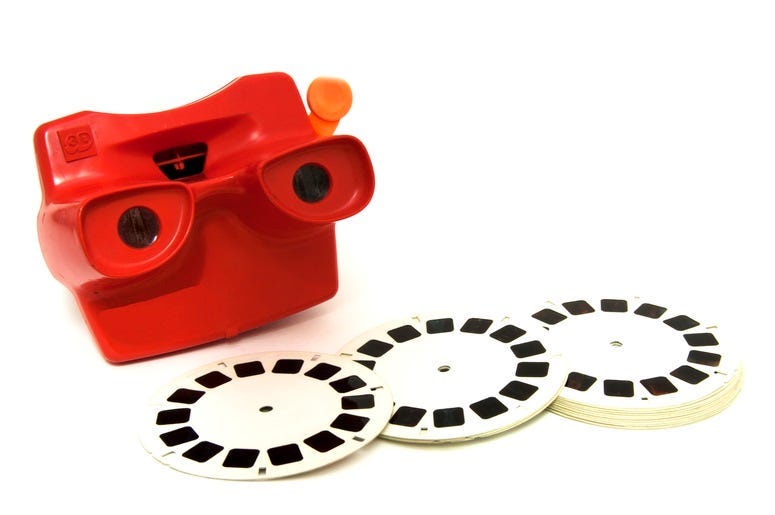 Its official, Mattel is turning another classic toy into a movie. The View-Master, the classic slide-camera that displays 3D images, and has been a part of almost everyone’s childhood, is being turned into a live action film.

Exclusive: View-Master movie in the works at MGM and Mattel Films https://t.co/6JlQvHqfyx pic.twitter.com/UKFcNlYQRv

Mattel announced Wednesday they are teaming up with MGM to develop a live action feature film based around the classic View-Master toy line. The news of this new project had many on social media confused, and asking the simple question; Why?

Mattel has been announcing plans to turn all of its big toy franchises into movies -- Barbie, Hot Wheels, American Girl, Masters of the Universe, etc. Today, they announced a partnership with MGM to produce a live-action film based on the View-Master® and I'm so confused. pic.twitter.com/ucgrL64yVL

With a View-Master movie now in the works (?!), seems like a good time to remind that ALIEN got its very own "movie viewer" toy back in 1979! pic.twitter.com/0Tr1XuZV7g

While part of me wonders how the heck this could work, surprisingly this is not the first time: in 2009 DreamWorks planned a View-Master movie with the scribes behind the original “Transformers”, described as being in the style of “The Goonies”. This never happened.

They're making a View-Master movie. I guess once you've cinematized Battleship, anything is possible.

Of course, not everyone was negative about the idea of a View-Master movie. Surprisingly, this is not the first time attempt at a View-Master film. In 2009 DreamWorks was working on a project based on the toy that eventually became inactive.

There is currently no writer or director attached to the current View-Master project. This will be Mattel’s fourth venture into filmmaking, after recently announced projects for classic toys; Barbie, Hot Wheels and American Girl. While View-Master may seem like an odd choice for a movie, you can’t deny the nostalgia value of the classic toy.