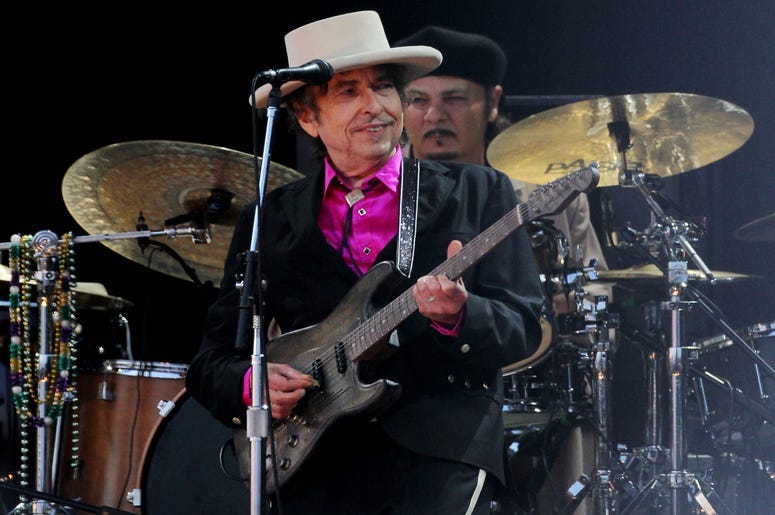 Soon the world will be able to relive one of the most iconic rock tours of all time. Netflix announced on Thursday the release date for Martin Scorsese’s highly anticipated Bob Dylan documentary. The film will tell the story of Dylan’s 1975 Rolling Thunder Revue tour.

‘Rolling Thunder Revue: A Bob Dylan Story’ will hit the streaming service on June 12th. Not only will Dylan fans get to relive his famous tour, but the announcement also confirmed a new 14-disc box set complete with five Dylan performances from his 1975 tour. The box set, which will arrive June 7th, will also include previously unheard rehearsal audio.

4 days after my birthday, how sweet https://t.co/AGDEIYvncz

One day prior to its Netflix release, Rolling Thunder Revue: A Bob Dylan Story By Martin Scorsese will also play theaters in 20 cities across the US.

Bob Dylan’s 1975 tour is one of his most well reviewed tours of his career. The shows included other rock icons including; Joan Baez, Joni Mitchell, Roger McGuinn and Ringo Starr. According to Netflix the documentary, “captures the troubled spirit of America in 1975 and the joyous music that Dylan performed during the fall of that year.”

While Martin Scorsese’s new Dylan documentary will begin streaming on Netflix June 12th, the film will be shown in theaters in select cities around the country the day before. Luckily Dallas is one of those cities, so if you can’t wait to get a glimpse of Bob Dylan’s famous tour, you can see it a day early!