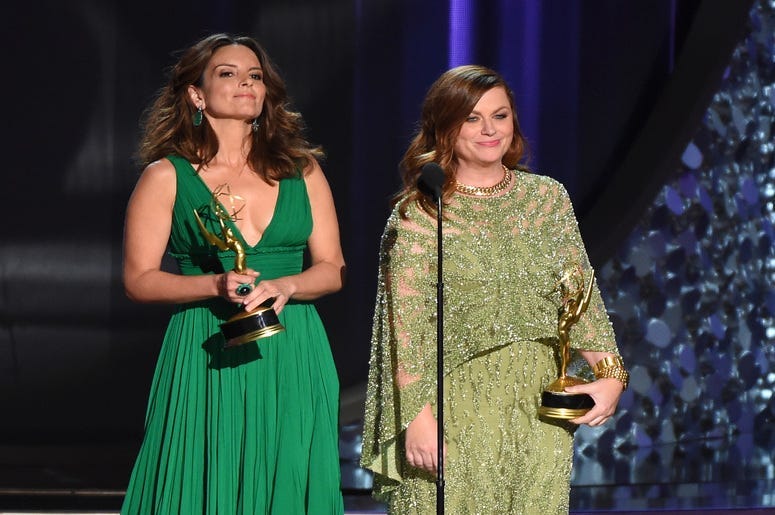 The power duo of Amy Poehler and Tina Fey has teamed up once again to make the world laugh. On Thursday, Netflix released the first official trailer for Poehler’s directorial debut, ‘Wine Country.’

Last year, Netflix announced that they had signed Poehler to direct her first movie. While many fans assumed this would mean a reunion of many Saturday Night Alums, the trailer has confirmed it. ‘Wine Country’ stars Poehler, alongside longtime colleagues Tina Fey and Maya Rudolph, along with Rachel Dratch, Ana Gasteyer, and Jason Schwartzman.

‘Wine Country’ is about a group of friends go on a road trip to Napa for their friends 50th birthday. All you need to know though, is this movie stars some of the funniest ladies, and includes plenty of booze. Fans were quick to turn to social media to share their excitement for Poehler’s directorial debut.

It's like they made a movie about my book club in 20 years. https://t.co/eZ2a1uXZeI

Director Amy Pehler. I am so proud to be her fan and admirer. Can’t wait to see this. pic.twitter.com/02ykWX5ZHw

Amy Poehler’s new movie, ‘Wine Country’ will begin streaming on Netflix Friday, May 10th. Based on the trailer, it seems Amy Poehler and Tina Fey have done it again, coming up with comedy gold.