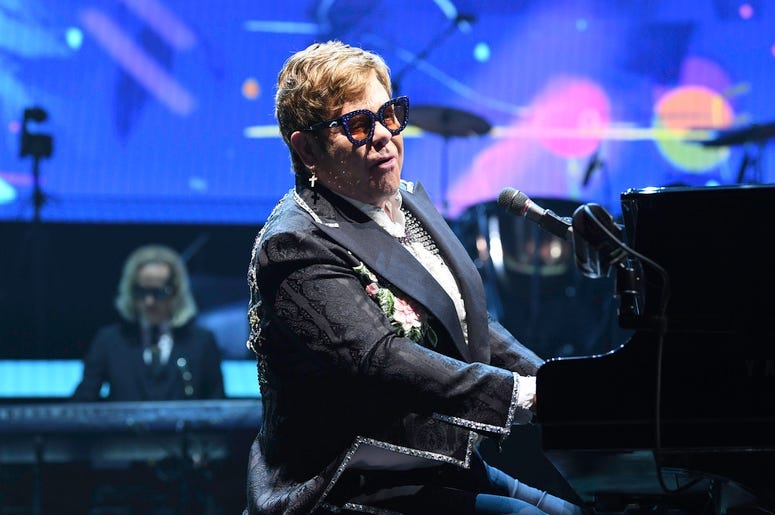 The rock n roll biopic trend in Hollywood continues to grow, as we are a month away from the release of ‘Rocketman,’ The Elton John biopic. A new trailer for the film was recently released, and this one focuses on an often overlooked time in the icons life, his childhood.

Before he changed music, he had to reinvent himself. 🕶️ Taron Egerton is Elton John in #Rocketman, in theatres May 31. pic.twitter.com/HLv9V13I43

The new trailer was released on the film’s official twitter page. In this video, it shows previously unseen footage of a child aged John facing discipline from his father. It also shows the singer being rejected as he performs his hit song, “Daniel.”

The trailer ends with a previously unheard speech made by actor Jamie Bell, portraying Bernie Taupin. In the clip he says, “The pain, the joy, the sorrow. You turn it into songs that people love. That's your gift." The new trailer for the highly anticipated film had fans flooding to social media to share their excitement.

ok so we have bohemian rhapsody & the elton john movie thats out soon which are both incredible. but now im waiting for a stones film with harry styles as mick jagger

‘Rocketman’ will hit theaters on May 31st. The film stars Taron Egerton as Elton John, and while it has still not been rated, rumors of drug use, sexual situations and foul language in the film may lead to an R rating. With all the love for rock biopics in Hollywood right now, it’s only fitting Sir Elton John got his share of the love.