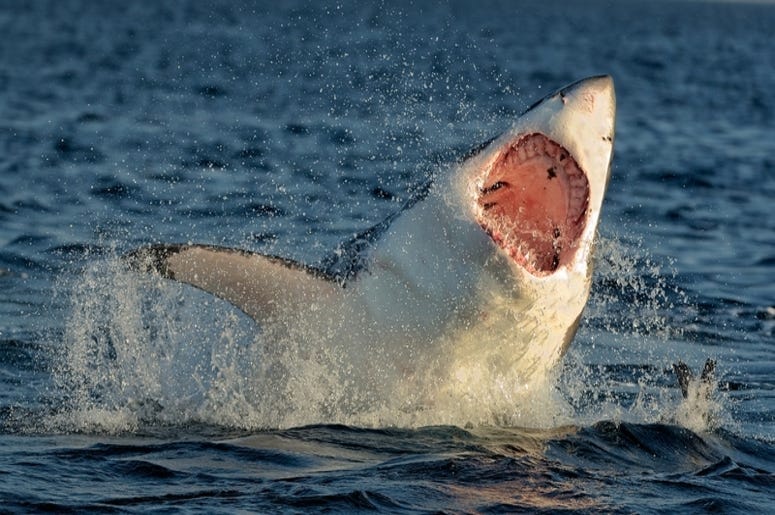 There’s a reason sharks, and shark attacks, are a common fear among beachgoers. The massive ocean creature is capable of inflicting great harm to a person, and can easily take one’s life. Surviving a shark attack is not only rare, but shocking when someone is able to fight off the beast. That’s exactly what Nick Wapner; a California surfer was able to do on Tuesday.

Nick Wapner was surfing with friends Tuesday morning off Montana de Oro State Park. The area, which is 200 miles north of Los Angeles, is a popular surf spot for those in the area. According to Nick, the shark came up from beneath him, while he paddled out for an upcoming wave. This is when he was attacked by the shark, and bitten on both legs.

According to the Park Ranger Supervisor, Robert Colligan, the shark was a 15-foot great white shark. The shark was able to clamp down on Wapner’s right ankle, and made its way up to his left thigh. Speaking on the incident, Wapner said, “it all happened so quickly, but I turned and saw that it had one of my legs in its mouth. The thing was huge!”

Luckily for nineteen year old surfer, he was able to get his leg free after only a few seconds. Wapner started kicking his legs hard, and was able to escape the clutches of the shark. Once free, the shark turned and swam away, and Wapner paddled back in, after alerting his friends to what just happened.

Nick Wapner was then taken to the hospital, where he received 50 stiches. Wapner said of the rare occurrence, “I’m happy to be alive. I’m still in shock. I got off really lucky.” Though the event was scary, Wapner feels the shark bit him out of curiosity, and the young surfer says he plans to keep surfing once his wound heals.