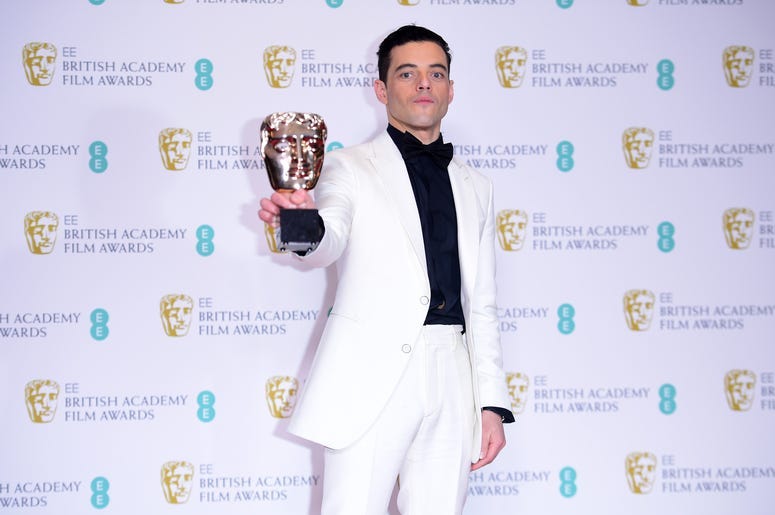 As Rami Malek keeps bringing in awards for his performance as Freddie Mercury in ‘Bohemian Rhapsody,’ the actor continues to share unknown tales of the late singer. Malek has met a number of famous characters since portraying Mercury, and has been lucky enough to get some intimate details on the colorful singer. While on the red carpet for the BAFTA awards, Malek shared a story told to him by Bob Geldof. According to Geldof, who famously helped organize the Live Aid concert, he played a big role in convincing Freddie Mercury to take part in the event.

Rami Malek, making an appearance at the BAFTA red carpet, told hosts Edith Bowman and Dermot O’Leary how he met up with Bob Geldof the night before. According to Malek, “what he said to me is he called Freddie and he told them, ‘Freddie, I think that there’s an event that was made especially for Queen and especially for you.'” While Malek did add that he wasn’t sure if Geldof wanted this to be shared or not, he felt it was worth the risk.

RAMI TELLING A STORY THAT BOB GELDOF TOLD HIM ABOUT FREDDIE IM- pic.twitter.com/enYpiBsYFM

Malek would continue saying, “And he goes, ‘This audience is made for Freddie,’ and Freddie said, ‘What do you mean, darling?’ and he said, ‘Well, it’s the world’ and Freddie goes, ‘I see what you mean.” Bob Geldof, who played a big role in organizing the Live Aid concert, was happy to share the story with the actor, who through the film now has his own Live Aid experience.

Rami Malek would go on to take home the BAFTA award for best actor Sunday night. The actor, who has already taken home trophies form other award shows, now looks to be the favorite for the best actor award at the Academy Awards. Malek knows it would be nothing without the inspiration that was Freddie Mercury. In his acceptance speech, Malek paid tribute to Mercury saying, “to the greatest outsider of them all.”

Rami Malek, now seemingly the expert on all things Freddie Mercury will hopefully have another gem to share before the Oscars, later this month. Malek, who now has both BAFTA and Golden Globes wins under his belt, will look to add another own to his arsenal. The best part of all this success though, has to be all the Freddie Mercury information the fans have been given since the movie hit theatres.