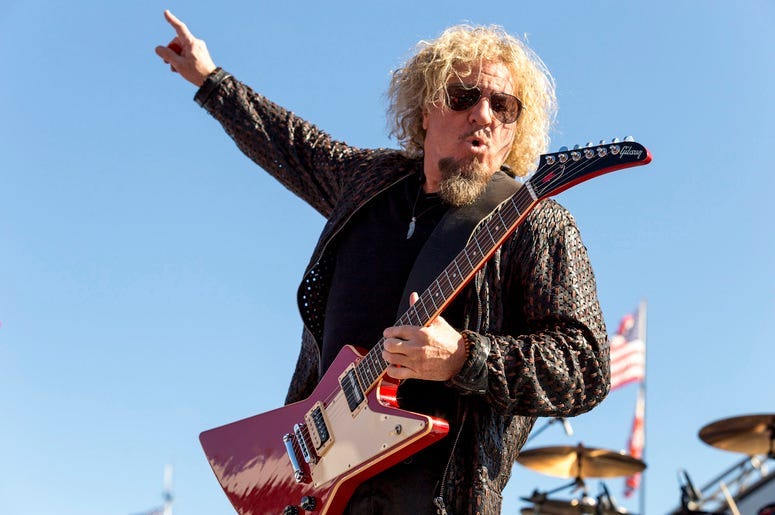 Some would call it a match made in bro heaven. Sammy Hagar and Guy Fieri are teaming up to bring a new tequila to the world. Announced in a press release, the rock star and celebrity chef have named their new tequila, Santa Fino Blanco.

“There are a few things I know: Great food, killer drinks and wild times,” Fieri said in a press release.

In the press release, Guy Fieri said, “There are a few things I know: Great food, killer drinks and wild times, and Sammy and I are makin’ it all happen with Los Santo.” Santa Fino Blanco will be the second spirit from Sammy Hagar’s Los Santos line of liquor.

This is not the first time the two stars have teamed up. They also worked on a cookbook, along with the band Smash Mouth, “Recipes For The Road,” in 2013. Hagar has made a name for himself in the world of tequila, famously selling his stake in the brand, Cabo Wabo, for $80 million.

Is it me or does this seem like the greatest dude team up since Siegfried & Roy? Slap some “donkey sauce” on it and go to town! Lol https://t.co/xWygnCICzC

The new tequila recipe will be created by master distiller, Juan Eduardo Nuñez. Nuñez worked with Sammy Hagar on the Cabo Wabo tequila as well. According to the press release, Sammy Hagar and Guy Fieri’s Santo Fino Blanco will be available sometime in May.