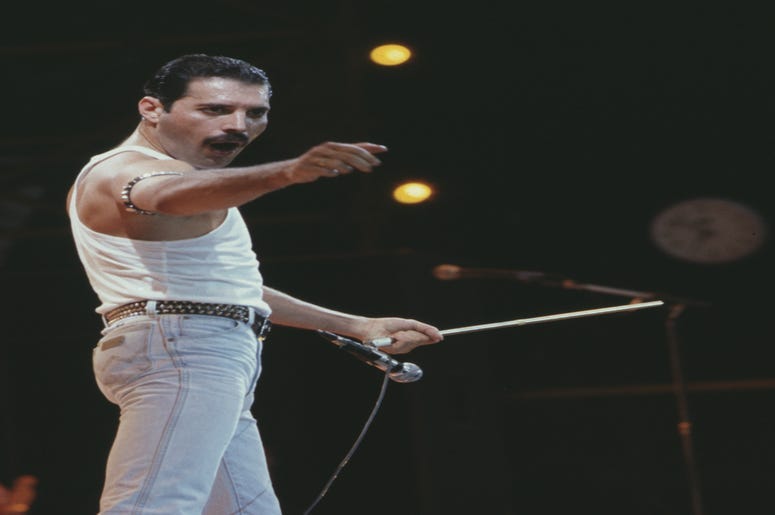 On July 13, 1985 Queen took the stage at Wembley Stadium, and made music history with one of the most iconic performances of all time. 80,000 people at Wembley and two billion across the world, watched as Queen performed at Live Aid. Now, thanks to the film, ‘Bohemian Rhapsody’ fans are curious if it was indeed a sound trick that made the band sound so good.

It is widely believed that Queen stole the show at Live Aid, even with icons such as Elton John, Paul McCartney and David Bowie performing. In ‘Bohemian Rhapsody’ it shows Queen’s manager, Jim Beach, sneaking up to the sound board to turn up the sound. While something similar did in fact happen, it wasn’t beach, but instead the band’s sound engineer, Trip Khalaf.

While Live Aid had the biggest name sin the world performing, apparently there were no rehearsals, sound checks, or lighting allowed. According to Brian May, “We didn't have a sound check, but we sent our brilliant engineer to check the system, so he set all the limiters for us. We were louder than anyone else.” The movie may have not got it exactly right, but thanks to some simple trickery; Queen was able to put on one of the greatest performances of all time.