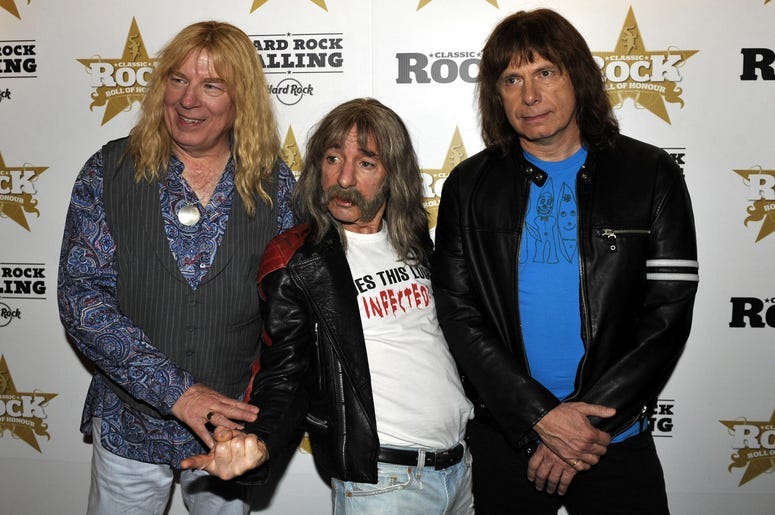 The members of Spinal Tap are at it again. The actors behind the fictitious band recently discussed their performance at the Freddie Mercury Tribute Concert, and claimed their show was sabotaged by a member of Guns N’ Roses.

Michael McKean, Christopher Guest and Harry Shearer played David St. Hubbins, Nigel Tufnel and Derek Smalls in the 1984 mockumentary, ‘This is Spinal Tap.’ During their run of fame after the film’s release, the band actually got to perform at one of the 90’s biggest shows; the Freddie Mercury Tribute Concert.

In a new interview, the actors claim an unnamed member of Guns N’ Roses may have sabotaged the band by unplugging Guest’s guitar. According to Michael McKean, “The theory I heard was that somebody on Guns N' Roses [did it> as a gag.”

The Queen singer had passed away a year earlier, and Spinal Tap was brought on to perform alongside Guns N’ Roses, Metallica, Def Leppard and many other huge bands. During their 1992 performance, the band played ‘The Majesty of Rock, as Guest joked, “In [Mercury’s> honor we would like to cut our set short tonight by about 35 songs.”

The members of Spinal Tap were recently honored for the 35th anniversary of the class rock mockumentary. Surprisingly, the actors behind Spinal Tap always performed live. However, knowing the history of the film, who knows if the Guns N’ Roses sabotage actually happened.