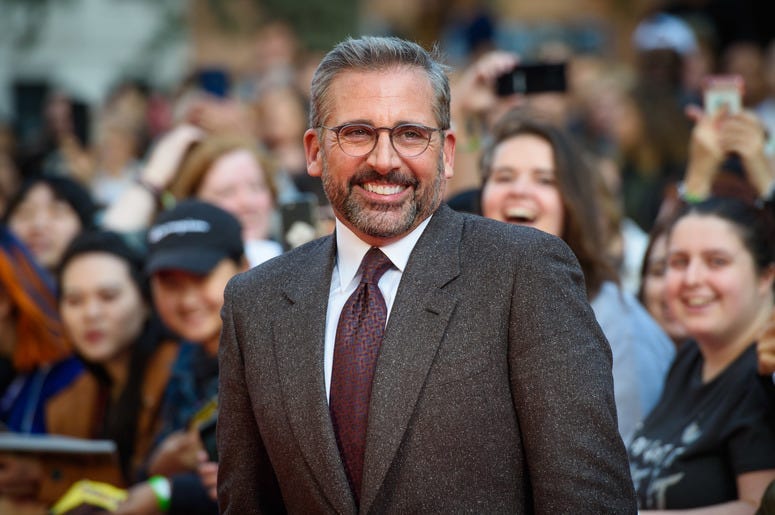 Just when you thought it might never happen, Steve Carell is making his return to television. No, it’s not for a reboot of his previous hit show, ‘The Office.’ However, Carell will be teaming up with his former boss from the show, Greg Daniels, to make a new series for Netflix called ‘Space Force.’

.@SteveCarell will star in a new workplace comedy series he co-created with #TheOffice’s Greg Daniels about the people tasked with creating a sixth branch of the armed services: the Space Force! pic.twitter.com/6GEFNgP18w

‘Space Force’ will star Steve Carell, in another work place comedy. According to reports, the show’s premise was inspired by President Donald Trump’s idea for a space branch of the armed forces. The show will follow the men and women tasked with building this new initiative. In the teaser for the new show, it jokes, “The goal of the new branch is to ‘defend satellites from attack’ and ‘perform other space-related tasks’…or something.”

While Carell has shot down rumors of a potential ‘The Office’ reunion, this mini reunion with show boss, Greg Daniels, should give fans a glimpse of the comedian they hadn’t seen in years. Carell stepped away from TV comedy, after his run on ‘The Office’ to focus more on movie roles, many of which in the drama category. While he has always kept up with his comedy chops, adding humor into any project he did, in some form, this new show will bring Steve Carell back to his career roots.

While fans surely will be upset that this most likely closes the door on Steve Carell joining a potential ‘The Office’ reunion, the news still brought plenty of excitement to fans of his first hit show. Social media reacted to the news in the only way it knows how, with memes and gifs inspired by ‘The Office.’

Even without Steve Carell reprising his role as Michael Scott, rumors of NBC bringing back ‘The Office’ in some form have not stopped. As for Carell, ‘Space Force’ isn’t the only project he’s working on, as he is set to be in a new morning show drama, for Apple, that he star alongside Reese Witherspoon and Jennifer Aniston. While it isn’t the news most fans of ‘The Office’ were expecting, Carell returning to his natural form is something we all can get behind.