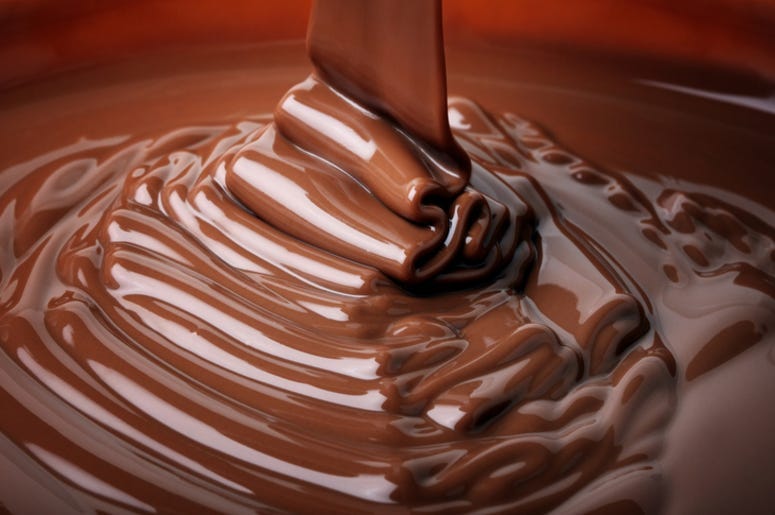 Most people would agree, a river of chocolate sounds like a great idea, but the Arizona Department of Public Safety would beg to differ. On Monday, a tanker carrying 3,500 gallons of chocolate rolled over and spilled the liquid chocolate all over the highway. Luckily for Arizona motorists, the mess was cleaned up quickly, but not before social media got in on the fun.

There is a river of chocolate blocking/flowing in the westbound lanes of I-40 at milepost 211, east of Flagstaff. A tanker truck carrying 40-thousand gallons of liquid chocolate rolled over. This will be a sweet cleanup! pic.twitter.com/G03eVdNQZD

After the crash took place on Monday, the Arizona Department of Public Safety tweeted out the news of the chocolate spill. In their tweet they wrote, “There is a river of chocolate blocking/flowing in the westbound lanes of I-40 at milepost 211, east of Flagstaff.” The crash took place around 9 a.m., as the department added, “This will be a sweet cleanup!”

By 1 p.m. the mess was all cleaned up. The chocolate was being held in the tanker at a temperature of 120 degrees, but it is not known how the department was able to clean up the hot, liquid chocolate mess. It is not known at this time what caused the tanker to flip over, and spill the chocolate on the highway.

Arizona was lucky to get the mess cleaned up as quickly and easily as they did. Recently 25 firefighters had to use hot water, shovels and blow torches, to clean up chocolate that had hardened on the streets after a factory accident in Germany. Of course social media was quick to share their enjoyment for this accident, and their dreams to help clean the mess. One twitter user wrote, “I hereby volunteer to be part of the cleanup crew. I will even bring my own spoon.”

I hereby volunteer to be part of the cleanup crew. I will even bring my own spoon. https://t.co/B0lhn5ESg6

Is it bad that I would have wanted to to go swimming in this spill... https://t.co/PNWJNvSL72

I would say this is the most delicious spill i have heard of 😊😂 https://t.co/LbMVvZekbu

While many do dream of being a part of the clean-up crew, they will not be needed as this problem has already been solved, and most likely it was done without eating any of the spilled chocolate. As of now the Interstate 40, near Flagstaff, Arizona, is back to being safe to drive, chocolate free. At least the Department of Public Safety now knows if this happens again, they have plenty of willing citizens ready to help, spoons in hand.