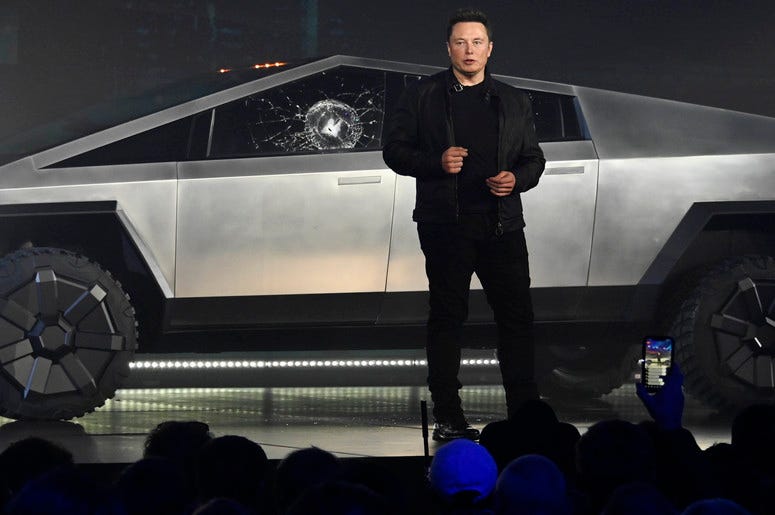 Tesla’s made the reveal of their first production pickup truck called the Cybertruck, an electric pick up on Thursday night. Unfortunately, their demonstration did not go as planned.

CEO Elon Musk showed off the claims of the stainless steel strong body on the Cybertruck. He and his team hit the body with a sledgehammer to show there was no effect, Musk even claims it can withstand certain types of small arms fire. Yet, that was not the case when he tried to prove the glass was just as sturdy.

One of the signature features that Musk was trying to show is the Tesla Armor Glass used for the windows. He described the glass as a “transparent metal glass.”

Musk demonstrated the strength of the material with palm-sized metal balls.  He initially drooped them from above 10 feet high, after they bounced off there was no damage made. To show just how amazing the feature was he decided to do another demonstration of the glass durability.

He asked one of Tesla designers, Franz von Holzhausen to throw one of the balls at the front door window of the truck on display. Of course he was sure there would be no harm done, but to his surprise the glass cracked.

“Maybe that was a little too hard,” Musk said as he laughed off the mishap.

He asked von Holzhausen to do it again to the rear door window, hoping the stunt would succeed, but the test had the exact same result.

“Oh, man, it didn’t go through,” Musk said optimistically, adding that there was “room for improvement.”