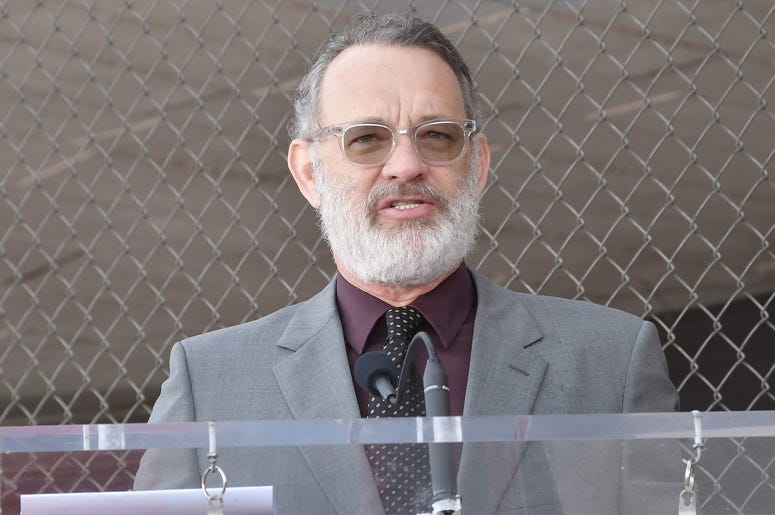 Even some of the most recognizable faces in the world sometimes get asked for identification. Tom Hanks was recently at Stagecoach country music festival, and when the actor tried to go get a beer, he was denied because his ID wasn’t verified.

Tom Hanks stopped by ‘The Ellen DeGeneres Show’ on Wednesday and told a story about getting denied beer at a music festival. The actor was in attendance, watching his wife, Rita Wilson, perform at Stagecoach. He was excited to take in the event, and wanted a cold brew in hand, but when he got to the stand, to his surprise he was denied service.

“I went to the place where you get the beer from and there were four ladies who were serving it up and I stood up and I said ‘Pull me a draw!’ And they said, ‘We can’t because your ID has not been verified,'” said Hanks. A confused Hanks then responded by telling the vendors he was 62 years old.

Even a bribe of ‘Toy Story 4’ tickets didn’t do the trick, as the vendors told Tom Hanks he had to go to a separate stand to get his ID verified. Luckily, the actor eventually got his beer, so everything worked out in the end.