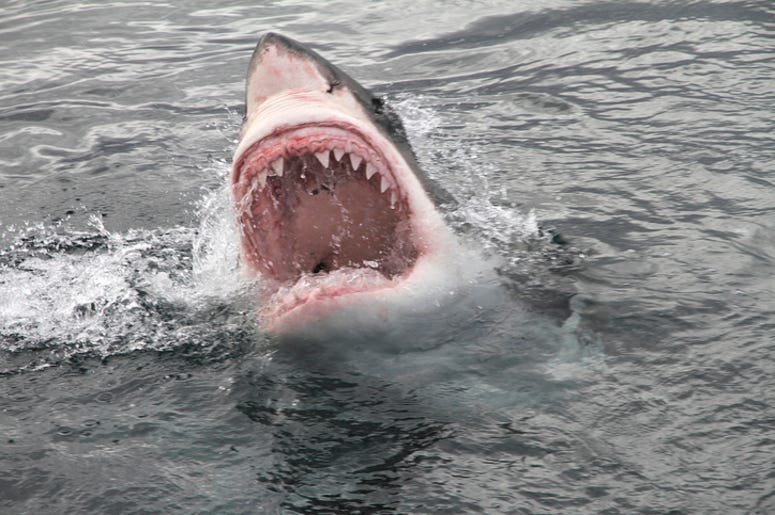 The world’s shark obsession is peaking once again, as Discovery’s ‘Shark Week’ is in full force. Now, shark fanatics everywhere can show their enthusiasm for their favorite week of summer on their shoes. Vans has collaborated with Discovery to create a line of footwear to celebrate this year’s Shark Week.

Shark Week began this year on July 28th, and while the week long exclusive shark programming is playing on Discovery, fans are making sure they have their Shark Week Vans on their feet the entire time. There are two styles of shoes for the Shark Week collection, as both the Sk8-Hi and Slip-On feature different shark themed designs.

Plenty of fans have already purchased their Shark Week Vans. The project will support Oceana, whose mission is to protect the Oceans, and the wildlife that call it home, including sharks. The Shark Week Vans are being sold for $65 and $75, and are available now.

sports
Ravens reportedly have two more positives, rest of team flies to Pittsburgh
sports
Richard Sherman knows who should be next head coach of Lions
news
Kevin Durant optimistic, but uncertain if he is back to being old self: ‘Who knows’
news
CDC panel says healthcare workers, nursing homes should get vaccine first
sports
Tyreek Hill willing to give Adam Schefter 40-yard start in race for charity
music
Millie Bobby Brown breaks down over ‘uncomfortable’ and ‘disrespectful’ encounter with fan