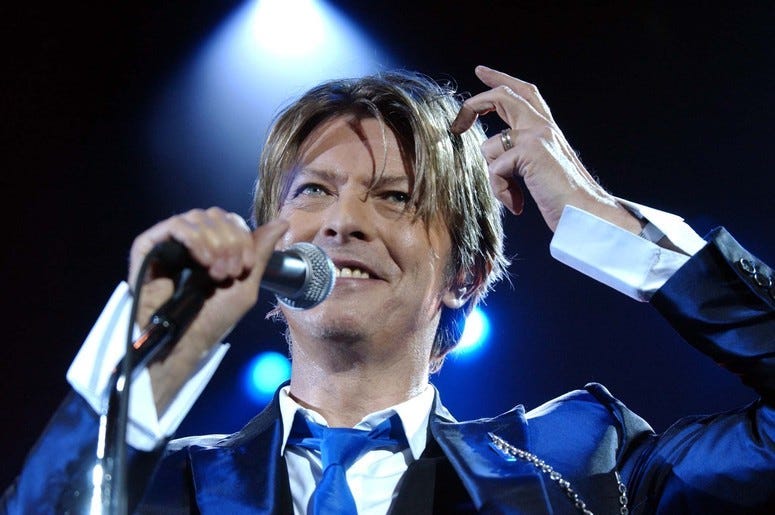 David Bowie inspired many different looks throughout his career. Now, thanks to Vans your shoes can reflect some of Bowie’s most influential styles. The highly anticipated David Bowie Vans collection was officially released Friday, and the gear is quickly flying off shelves.

While Vans announced the collection earlier this year, not all the items were shared with the public, until now. The full collection includes 5 shoes, each inspired by a different David Bowie album, along with three different t-shirts and two hats.

There are five different landmarks of David Bowie’s career referenced in the shoe designs. One uses inspiration for 1969’s “Space Oddity” album, with another using the album “Hunky Dory” as inspiration. The Ziggy Stardust character, along with the “Aladdin Sane” lightning bolt, and Bowie’s final album, “Blackstar” were the other landmarks used as design inspiration.

accidentally bought two pairs of these sold out David Bowie vans. If you’re looking to get a pair, lemme know 😂😂 pic.twitter.com/1VRcxze2qA

Ya gal got some David Bowie vans💁🏼💁🏼 pic.twitter.com/iTibIpc0wB

In a Vans press release, the company said, “David Bowie is a truly immortal artist, whose body of work revolutionized sound and vision, leaving a legacy of innovation and reinvention that will live on forever.” The David Bowie Vans collection was released Friday, but already quickly selling out. Now David Bowie fans have another source to forever remember the music icon.