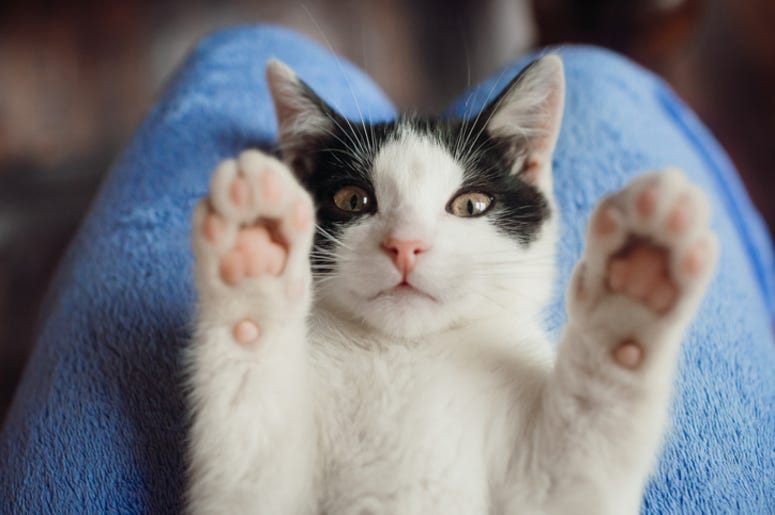 Cats may come off as cute and cuddly, but secretly they have a dark side, and aren’t afraid to fight dirty. A new video has gone viral showing a cat sliding a knife under the bathroom door, and many are wondering what message this cat is trying to send.

The five second clip shows a cat paw gently sliding a kitchen knife under the bathroom door. The video was posted by the cat’s owner, Grace Gardner, and has already been viewed over 4 million times. Many on social media agree, this cat means serious business.

Was that an attempt on the cat’s part to even out the playing field? You know, to make it a fair fight? 😳 pic.twitter.com/16z9in1im0

I think the cat wanted to challenge you to a duel.

According to Gardner, the cat was just suffering from separation anxiety. While Gardner tried to explain her cat is “very sweet” the internet wasn’t buying it, as the jokes and memes continued flying in.

Whatever this cat was truly planning, it seems to have gone back to its cuddly ways once being reunited with its owner. While many found this video funny, it should be a lesson to everyone. If you come across a cat; watch out, because it’s not afraid to fight dirty.