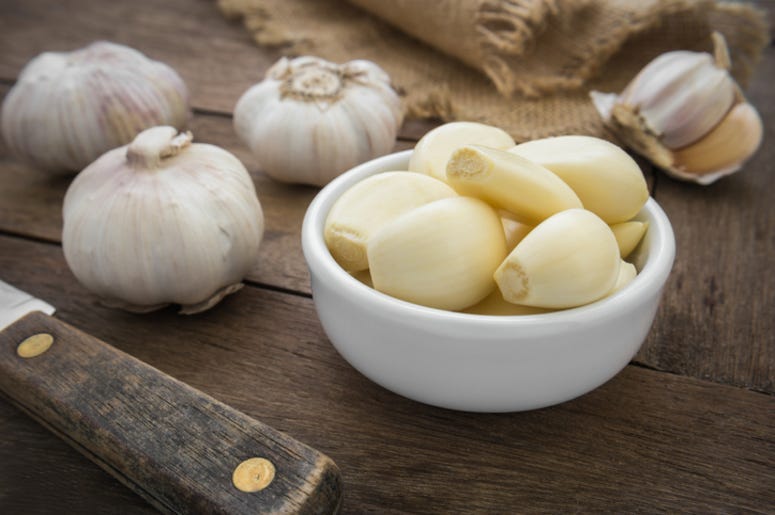 There are many different techniques used to peel garlic. Some shake the garlic and some smash the cloves on a cutting board. Others may soak them in water, or even use the microwave. Whether it’s a chef or just someone who likes to cook, they have a method. That all may change now, as a new video posted to twitter shows a new technique for peeling garlic that has the internet going nuts.

As someone who makes a lot of Korean food, this is the best method for getting garlic peeled!
👌 pic.twitter.com/14GGJDQhRj

The video of the garlic peeling technique was posted on Sunday, and it quickly picked up steam among garlic lovers. This new, or previously unknown technique, involves stabbing the gloves with a knife to pull them out. According to the twitter user that posted it, “as someone who makes a lot of Korean food, this is the best method for getting garlic peeled.

Not sure how I never knew about this. I lament when I consider how much more garlic I could have used during all these years had I only known of this technique.

this kind of info exchange is why the internet exists

Of course, not everyone was sold, as there were a few twitter users questioning if this technique even worked. Still, plenty were amazed with what they saw, and they immediately went to the kitchen to try it for themselves. If this technique does actually work, there’s about to be a lot of garlic in people’s food.