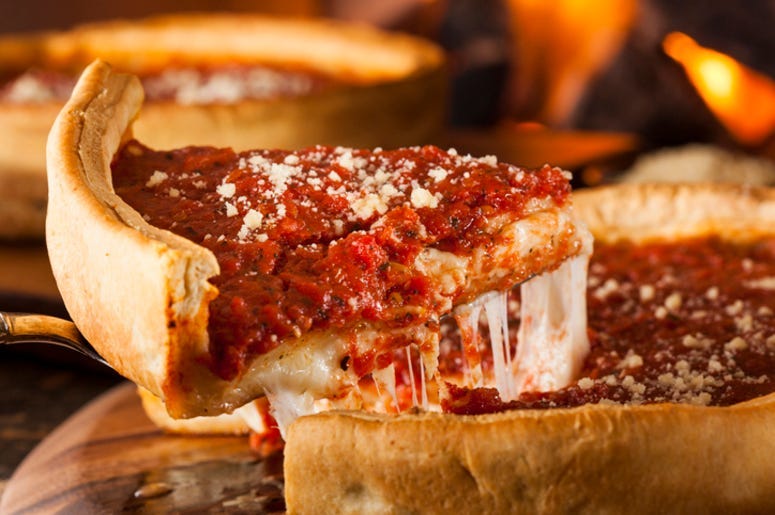 Cooking shows have become extremely popular over the last few years. Whether it’s on television or the internet, people are watching others cook in hopes of getting some recipe ideas of their own. However, the cooking show craze has officially gone too far, as one online user attempted to combine pizza, quesadillas and deep-fried food to create the pizzadilla.

While pizza, quesadillas and fried foods are all delicious food options, combining the three doesn’t sound as appetizing. The internet agrees, as after the video was posted, many online users quickly went to post their disgust with the pizzadilla. Even the person who created the pizzadilla wasn’t too impressed with the outcome.

I expected to like it in a gross-good kind of way. But the mixture of the sweet bbq sauce, the pizza sauce and the dill sour cream....:,,,,,;;; truly one of the most vile things I’ve ever eaten.

I’m not taking any further questions.

The video was originally posted in early August by the YouTube account ‘Twisted.’ This account claims to make “most decadent, weird, and delicious food recipes on the internet." Most online would agree the deep fried BBQ chicken quesadilla, with a pepperoni pizza on top, was weird, but couldn’t call it delicious.

You know it’s bad when someone wearing a Pizza Hut shirt can’t stomach it. #pizzadilla https://t.co/BvMaAiBZXM

Many online users were quick to discount the pizzadilla, but that didn’t stop many from attempting to make it themselves. The consensus from those people seems to be the same; the pizzadilla is not as good as the three items on their own. Sadly for the pizzadilla, it probably won’t make it to menu any time soon.