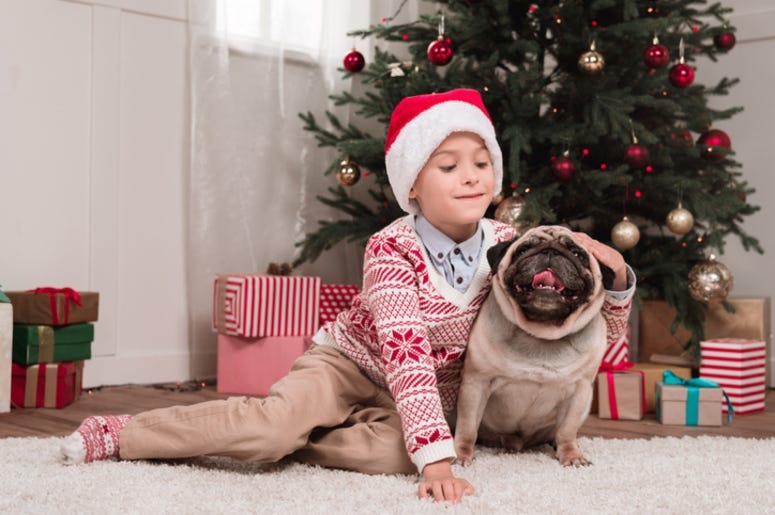 A pet owners’ worst fear is losing their companion. In mid-November, April Licata and her son Carter let their dog Piper out to relieve herself. When they called out for he,r Piper did not return. The Licata family was living a nightmare when she went missing. It was especially hard for Carter since Piper was his gift for his 12th Birthday.

"He had always wanted a black pug since he spent his baby years with another pug he loved very much—Oliver—who had to go live with another family," Licata wrote in the caption of the video.

The family had put out flyers and post on social media in hopes of news of finding her. Days passed and there was no trace of Piper. After a few weeks their prayers were answered. Licata received a message saying a dog that looked like Piper had been picked up and taken to the Genesee County Animal Shelter. She went to the shelter and sure enough, it was Piper.

Carter was out of town at the time, so Licata decided to surprise her son with the dog when she picked him up at school. Carter could not hold back his happy tears when he saw Piper.

Watch the touching heartfelt viral video of Carter’s reunion with Piper below.

"My son loves his dog so much, was sick while she was gone, and tonight she's sleeping next to him again," Licata wrote, adding that her return was a "Christmas miracle" for the whole family.