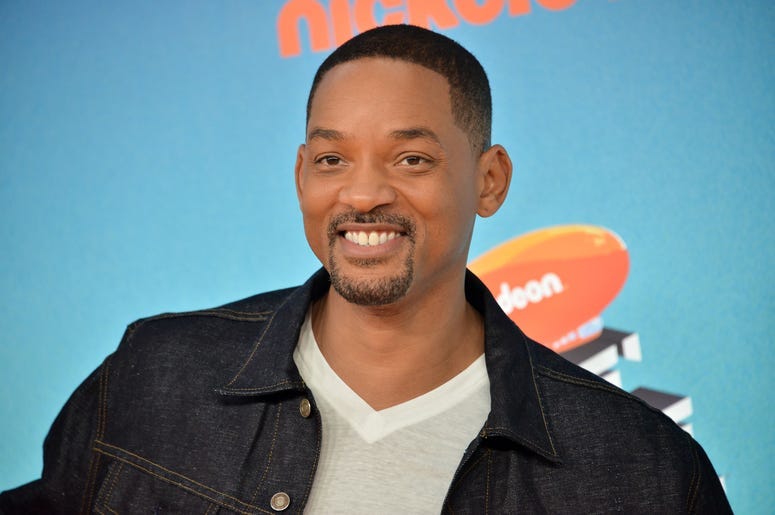 It’s going to take a lot more than internet trolls to keep Will Smith down. After countless memes and negative comments were made about his portrayal as the genie in the upcoming ‘Aladdin’ film, the 50 year old actor says he found it all to be “funny.”

"Will Smith thought negative reception of his 'Aladdin' genie was 'funny'" via FOX NEWS https://t.co/4cqBIpPyI3 pic.twitter.com/nkaofmxCsu

In a recent interview, Will Smith said he was able to bounce back from the scrutiny of his all blue look in the ‘Aladdin’ trailer, and even found some of the memes humorous. “It was very funny. There was a Sonic The Hedgehog / Genie frog. Everything is under such critical scrutiny. I came up in an era where there was no Internet. It’s a new thing that I’m trying to get a handle on,” said Smith.

The first teaser trailer for ‘Aladdin’ was released during the Golden Globes this year. After Smith appeared on the cover of Entertainment Weekly as the genie, the backlash began. Quickly memes were made, and reaction was initially very negative.

Listen if you wanted Sinbad to be the genie you could have just hired him. You didn't have to turn Will Smith into him. #alladin pic.twitter.com/hXlRYo9aVh

First look at Will Smith in #Alladin pic.twitter.com/HyItfDYQrx

Eventually, the internet eased up as another trailer was released in March that helped win many fans over. According to director Guy Ritchie, “It even came with apologies from the cynics who were so adamant initially.” The new live action version of ‘Aladdin hits theaters May 24th.