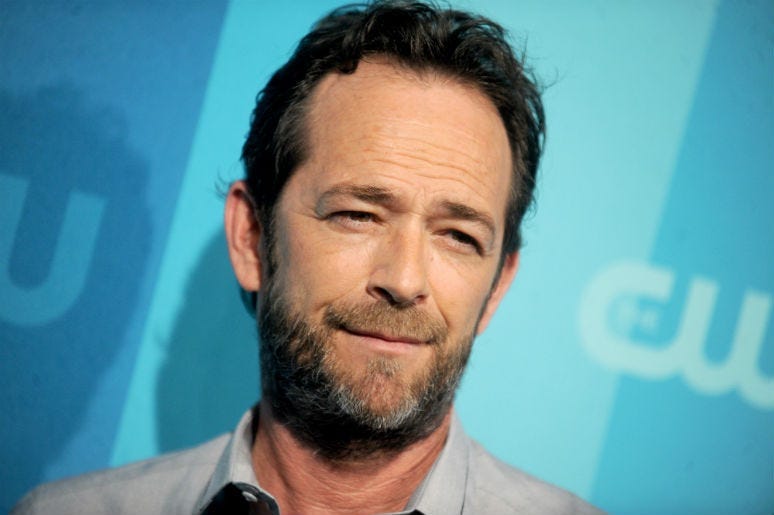 Everyone in Hollywood is remembering Luke Perry for his work in 90210, 8 Seconds and Riverdale.

The 52-year-old actor recently passed away after suffering a massive stroke last week. While everyone remembers Perry’s more popular roles, how could forget about some of his days in Hollywood where he played a zombie?

When Perry was starting out as an actor he got the chance to play a zombie in the music video for Twisted Sisters "Be Chrool to Your Scuel," It’s fine if you don’t remember the video, it never got any air time due to the fact that MTV banned the music video back in 1985.

Perry got lucky that he landed the gig. Apparently, the director wanted to hire actors through an open casting call that ended up failing. The production was then forced to hire extras instead.

Check out the music video below. Can you spot Perry?

Oddly enough this zombie music video came out around the same time as Michael Jackson's ‘Thriller’. According to Dee Snider, the network told the group that the video was banned because the “zombie content was 'too gross' for MTV and absolutely no amount of editing would fix it.”

Snider also believed that MTV banned the video because of his outspokenness against the lobbying group Parents Music Resource Center, which had been targeting Twisted Sister at the time.