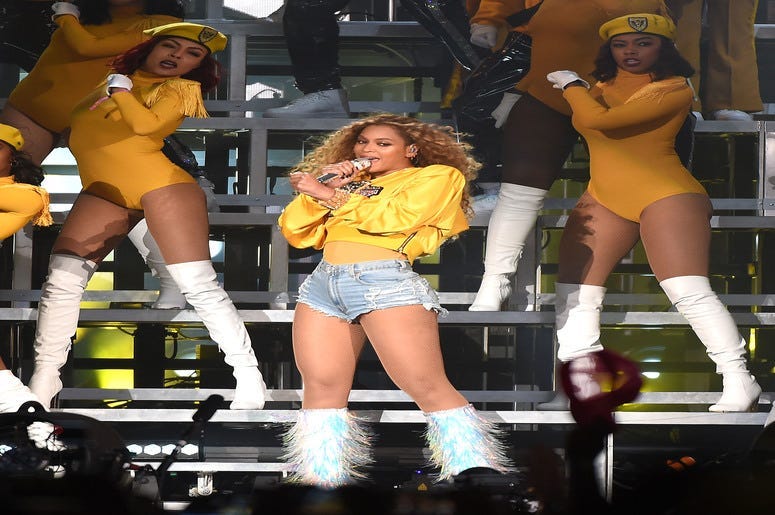 The beyhive is buzzing, as a week after Beyoncé took home the NAACP Image Award for Entertainer of the year; the singer is giving her fans another reason to celebrate. On Sunday, Netflix tweeted out a cryptic message, which many believe was about the rumored Beyoncé concert documentary.

In the tweet from the streaming service, there is no information other than the words, “homecoming” and a release date. The tweet doesn’t include any teaser footage, or any mention of Beyoncé, but based on the colors, and writing of the text, along with rumors of a possible Beyoncé concert film in the works, many have assumed this is was about the new documentary.

The film will reportedly highlight her 2018 Coachella performance. Beyoncé was the first African American woman to headline the Coachella Valley Music & Arts Festival. Though no official announcement has been made, fans quickly went to social media to share their excitement.

The Beyoncé concert film documentary will premiere on Netflix on April 17th. While the singer hasn’t made an announcement about the project yet, fans can anticipate seeing an in depth, behind the scenes look at one of Beyoncé’s most famous performances. Though nothing is official, the beyhive is clearly ready and waiting for their queen.