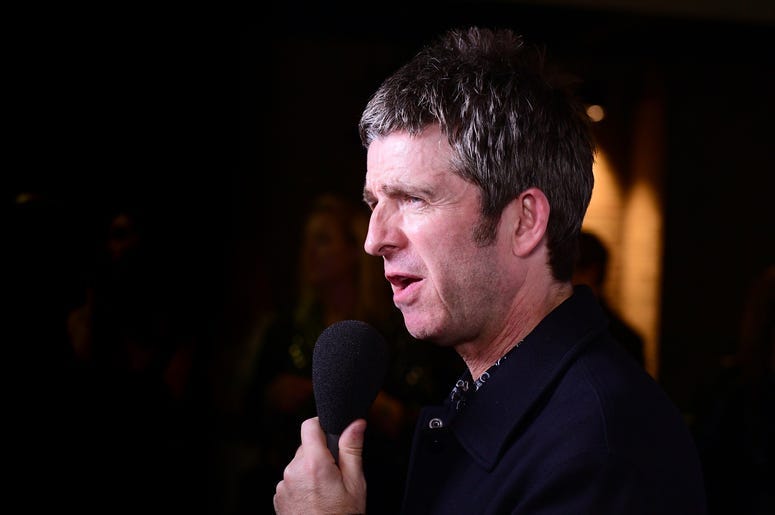 Fans of the Manchester City soccer team were treated to quite the performance on Sunday. Sure, their team claimed the Premier League title for the second consecutive year, but the real show came during the victory celebration. Noted Manchester City fan, Noel Gallagher, was in attendance, and as the team celebrated the entire stadium, including Liam, started singing “Wonderwall.”

Today is gonna be the day! 💙

Noel Gallagher was on hand to witness his childhood team, Manchester City, claim their second consecutive Premier League title by beating Brighton & Hove Albion on the league’s final day. As the team celebrated on the field, “Wonderwall” began playing over the speaker. Camera’s caught Noel Gallagher singing along with the rest of the stadium.

Today is gonna be the day 🎶💙 pic.twitter.com/4NYMooFdJV

After the celebration, Noel Gallagher made it to the locker room to continue the victory party with the Manchester City players. “Wonderwall” playing throughout the stadium made sense as the song has become an anthem for the soccer team over the last two years.

We just sang “Wonderwall” like... to/with Noel Gallagher how is this real

Imagine being at football, winning the league, being sat next to Noel Gallagher in the sunshine singing wonderwall! Fantastic 💙💙💙 #mcfc

Noel Gallagher singing wonderwall alongside Liam’s voice, the band are getting back together

It was surely a great scene Sunday at American Express Community Stadium. A champion was crowned and the crowd was treated to a rare Oasis performance. Now hopefully the victory will get Noel and his brother Liam together, so crowds can experience more than just Noel singing along to the hit song.