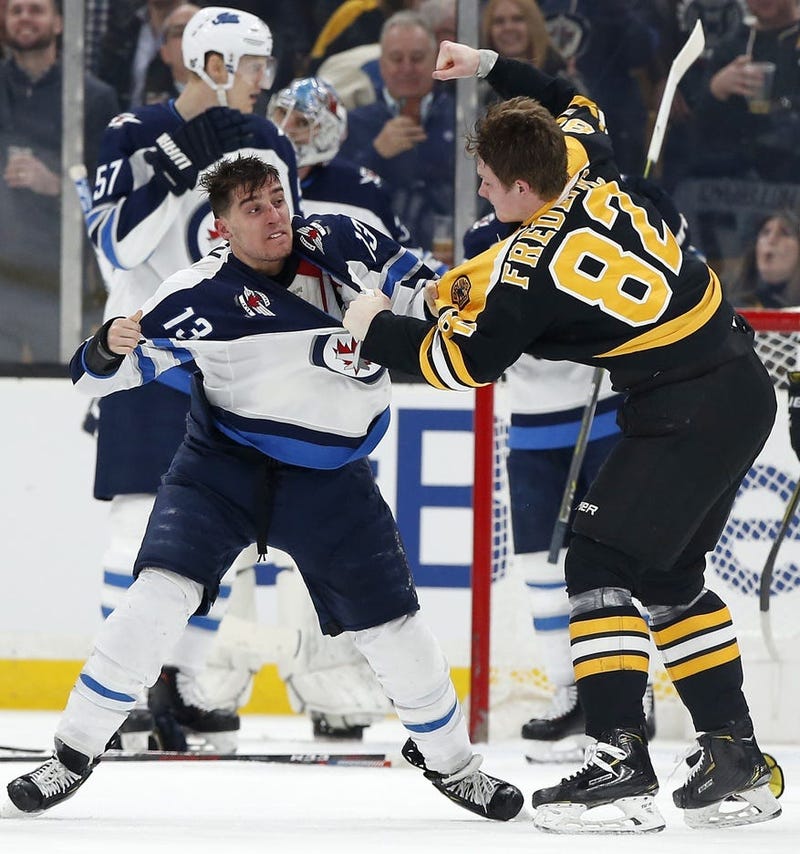 Parents will always be proud of their children’s no matter what they do.

On Tuesday night, Boston Bruins rookie Trent Frederic made his NHL debut as they faced off against the Winnipeg Jets. Frederic’s parents could be seen in the stands cheering him on as he took the ice.

During the second period, the 20-year-old Forward got into a scuffle with the Jets Left Wing Brandon Tanev, this was Frederic’s first NHL fight on the ice. As the gloves came off, the crowd irrupted and his parents burst into joy screaming and cheering for their boy.

As Frederic walked off the ice the crowd gave him a standing ovation, while his parents clapped for him, they attempted a congratulatory high five and missed by a mile. Check out the hillarious clip below.

Parents of Trent Frederic celebrate after the 20 year-old #Bruins player gets into a fight. pic.twitter.com/CENaGQwyLI