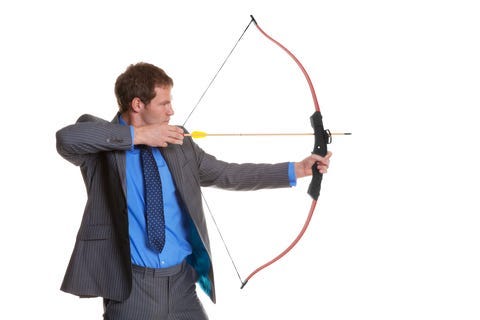 Who would have ever thought that your phone would save your life? Not because you called for help, but because you held it up and positioned it just right.

Last week a 43-year-old man in Nimbin, Australia came home on Wednesday morning to find a man whom he knew, in his driveway with a bow and arrow. He pulled his phone out to snap a picture of the armed man, not knowing that he would fire at him.

While holding his phone up, the arrow pierced right through the phone hitting the man in the chin. He was left with a small laceration that didn’t require medical attention.

Police were called out to the scene and arrested the man. He was then charged for armed with intent to commit an indictable offence, assault occasioning actual bodily harm and malicious damage.

If he didn’t pull his phone out, the arrow might have gone through his head. Check out the picture the police posted on Facebook down below.