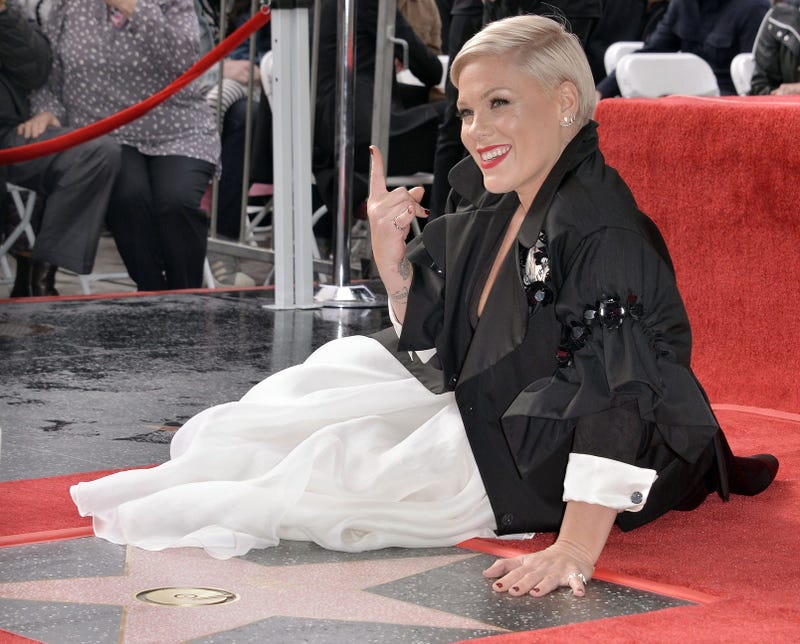 When traveling through Texas it’s almost impossible not to spot a beaver billboard, they’re pretty much along every major highway.

After seeing all of those hilarious road signs you have to stop at Buc-ee's, and that’s exactly what happened when P!nk drove through Texas while on tour.

The “Raise Your Glass” singer had just performed at the Toyota Center in Houston on Tuesday and while driving to San Antonio, the next stop on her Beautiful Trauma tour her tour bus made a pit stop at Buc-ee's. P!nk shared a few pictures of her family and their little adventure at the giant gas station on Instagram.

The pop star captioned her post “Truck stops in Texas. Don’t ask, just do it.” She can be seen in an adult onesie with a grocery cart doing some shopping. Check out her pictures down below.

Truck stops in Texas. Don’t ask, just do it.

P!nk is set to play at the American Airlines Center here in Dallas on Sunday. She might make another stop at Buc-ee's, there are few between here and San Antonio.

What do you think they bought at Buc-ee's, beaver nuggets, fudge, ice, plush toys?