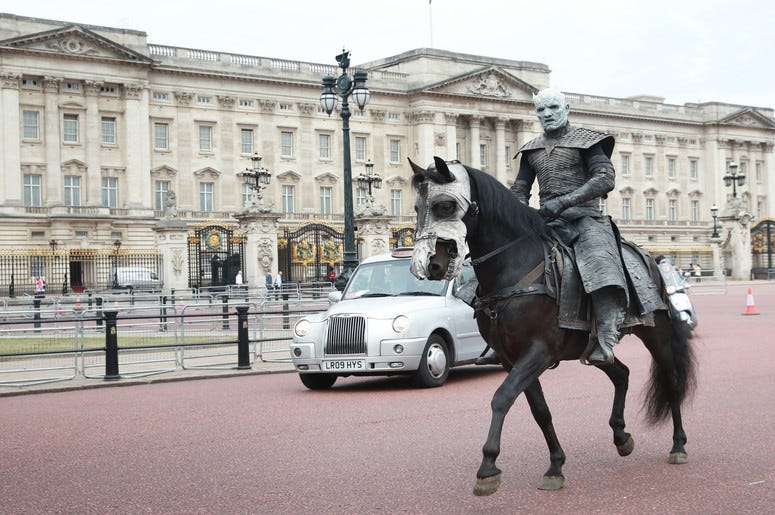 The Night King may be sending fear throughout Westeros, but the Game of Thrones villain was no match for the Norwegian police. The fifth division of the Trondheim police force posted photos to their Facebook page of the Night King being taken to jail. While Game of Thrones obsession is at an all-time high, this takes it to a new level.

According to their post, the Night king was arrested for “animal cruelty and property damage” among others. The fifth division’s superintendent, Markus Ree, explained of the stunt, “Funny posts like this one help engage social media users.. That's useful when we later ask for help solving crimes or searching for missing persons.”

Clearly their plan worked, as the Facebook post quickly went viral, garnering over 40,000 reactions, and 12,000 comments. Many Game of Thrones fans went to social media to share the photos, and claiming victory over the Night King.

The Night King being arrested in Trondheim does put me just north of the wall though... pic.twitter.com/TBILxhEKYX

The Night King has been arrested by the police. Don’t worry guys, we’ll be safe now.

The police in Trondheim, Norway really is something else @GameOfThrones pic.twitter.com/UoNBtrFj99

With the Night King in custody Trondheim, Norway, and their 200,000 citizens are safe once again. However, Westeros is still trying to deal with their own Night King problem. The final season of Game of Thrones is currently underway, with episodes airing Sundays on HBO.