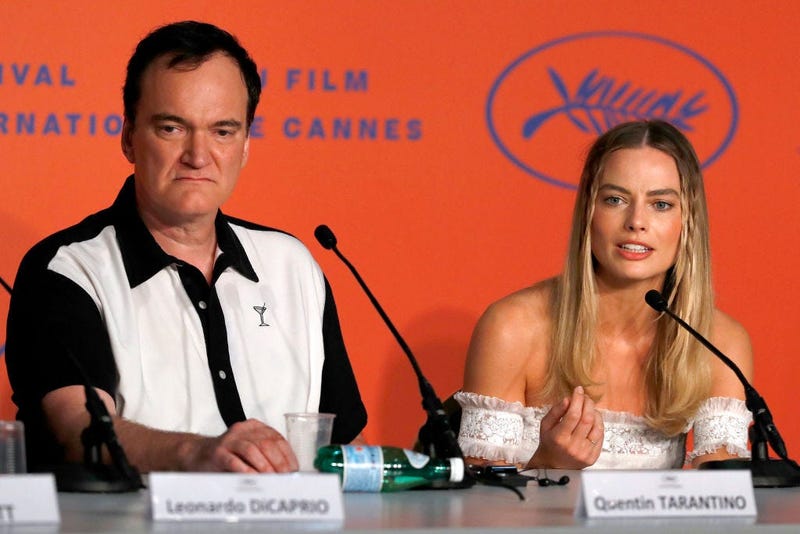 Director Quentin Tarantino screened his 9th film “Once Upon A Time In Hollywood” for the first time at the Cannes Film Festival on Tuesday night. Following the screening, a Q&A was held with Brad Pitt, Leonardo Dicaprio, Quentin Tarantino, and Margot Robbie.

During the Q&A one reporter asked the acclaimed director why Robbie wasn’t given more to say or do in his latest film. Tarantino simply responded by saying “I reject your hypothesis,” and ignored the reporter leaving Robbie to answer the question.

Robbie responded by saying that her role in the film was meant to honor the late actress. “I think the moments I was on screen gave a moment to honor Sharon. I think the tragedy was the loss of innocence. To show the wonderful sides of her could be done without speaking. I did feel like I got a lot of time to explore the character without dialogue, which is an interesting thing. Rarely do I get an opportunity to spend so much time on my own as a character.”

Robbie plays actress Sharron Tate in “Once Upon A Time In Hollywood”, before Charles Manson’s Family murdered her in 1969.