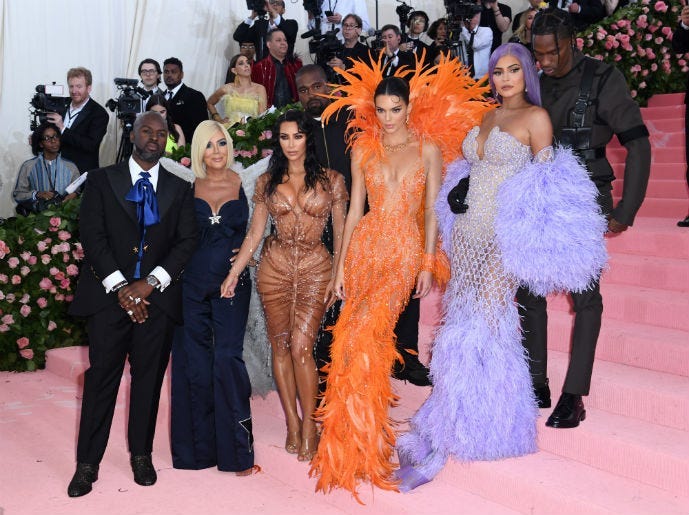 On Monday night Kim Kardashian, Kendall and Kylie Jenner and their mom Kris Jenner were all walking the red carpet together at the Met Gala.

Though two other Kardashians seemed to be missing from the big event. A source tells Radar Online that Kourtney Kardashian was actually invited for the first time this year; she just declined the invite. The reason Kourtney decided to not go this year was to keep Klohe company while the rest of the family attended the event.

According to Vogue editor Anna Wintour, the reason Khloe Kardashian is never invited to the Met Gala is that she’s not famous enough. Wintour thinks Khloe is “too C-list to be there.” Even being in the news for a good chunk of the last year and having more than 93 million followers on Instagram Klohe still isn’t a big enough celebrity to be invited to the Met Gala.

The Source went on to say that Kim didn’t want either of her Kardashian sisters at the Met Gala this year. Apparently, she doesn’t want them to take any of the attention away from her, as she is going to be on the cover of this month's American Vogue.