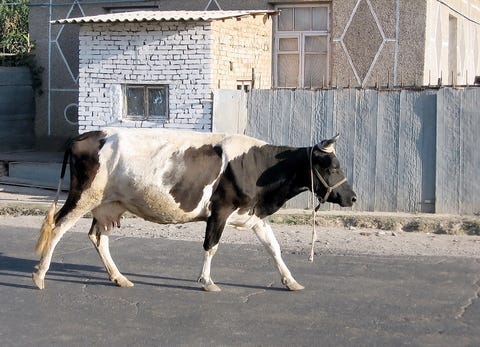 On Saturday, one cow in Noblesville, Indiana tried to make a run for it. According to Noblesville Police, the cow escaped from a nearby transport trailer. Around 7 PM that day the cow was spotted by police. They tried blocking off the street, but little did they know where this cow was headed.

One bystander took video of the cow crossing the street and saw the animal run straight for the Chick-Fil-A. After about an hour of chasing the cow, officers and the owner had captured the bovine.

That cow knew exactly where he wanted to go Chick-Fil-A before they closed. Check out the video down below.