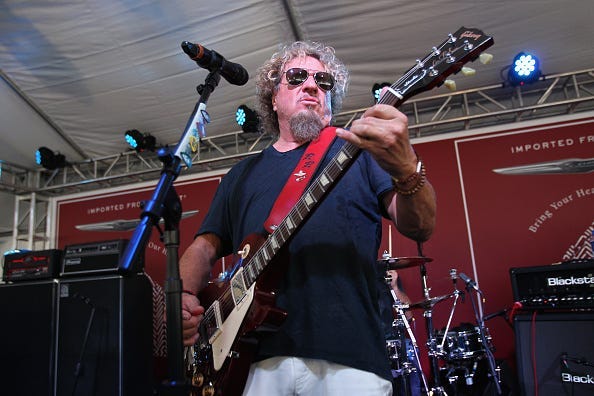 The early nineties brought big changes for rock n roll; grunge quickly took over and older rock bands weren’t sure what to make of it.

Now Sammy Hagar has revealed what he thought of Alice In Chains when their first album was released. Hagar recently sat down for an interview with Jenny McCarthy and said he was nervous during that time.

"When grunge came along, that was freaky, man! Because I'm looking at these guys, and we were sort of the glam rock, we're all dressed up and dressing like girls and stuff. ... They were like down and dirty and funky, they made me nervous. I thought, 'These guys are gonna disrespect us.' You know they're gonna look at us like, 'Your shit's done, buddy.'"

He and the band have since become great friends.

You can check out the whole interview below, and see how Sammy thought it would be a good idea to bring Alice In Chains on tour with them so that their younger fans would think Van Halen was still cool.