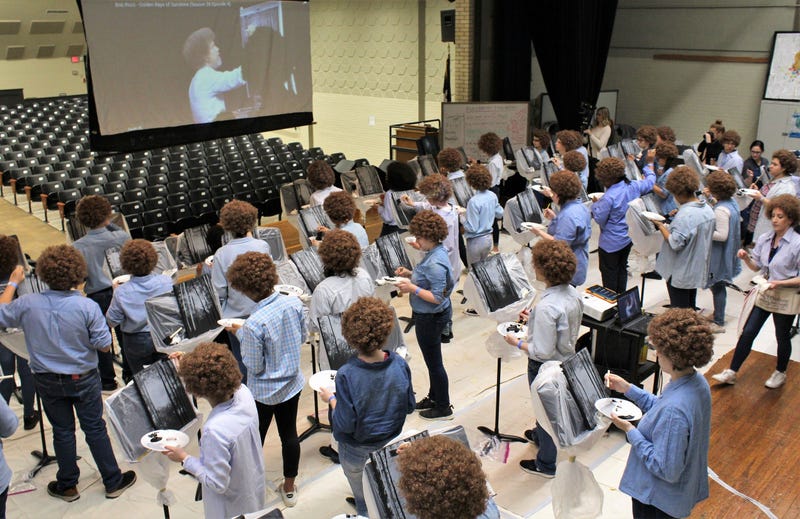 Bob Ross being a hit on Netflix is one of the many things that surprised all of us. Maybe it was the things he was talking about while painting, maybe it was the hair, or was it his soothing voice that made his show such a hit in pop culture?

One art teacher in Texas wanted to use Bob Ross’ videos to help her students out.

The kids at Madison Middle School in Abilene, Texas had been stressing out lately because of their grades and the number of projects they had due. Art teacher Brady Sloane, came up with an idea to reward her students for all the hard work they had done last semester.

Her plan was to have all of her art students dress up as the famous painter, wigs and all and project an episode of Bob of Ross' "The Joy of Painting" in the auditorium while the kids paint and follow his teachings.

"I wanted to find a way to reward them in a way that also continued enrichment in the program. Most of my students have heard of him. Once we realized this could happen, it's been a lot of excitement."

About four-dozen students participated and wore big brown wigs and blue collared shirts while they painted happy little trees on their own canvases. Sloane even invited the parents to come in and take pictures while their kids paint. You could call the whole thing a Bob Ross flash mob.

That’s one way to get yourself nominated for teacher of the year.