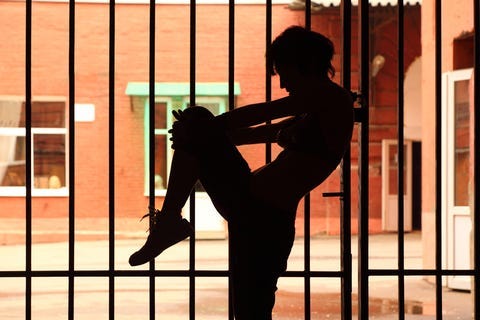 This guy has definitely been watching a lot of dance movies lately.

Police in California were led on a high-speed chase that started in Sherman Oaks and ended just north of Los Angeles in Pacoima. The chase came to a close when an officer pulled a “PIT maneuver”, where they intentionally hit the suspect’s car, causing him to spin out and come to a stop.

When the suspect exited his vehicle he complied with officers and put his hands up. Then out of nowhere the suspect started dancing. Yes, dancing, he began moving his arms and shuffling his feet.

He even did a spin before lifting his shirt up to show officers that he did not possess any weapons.

Dancing to get away from the police worked out for Jim Carrey in the Mask, it didn’t help this guy. Officers took the suspect into custody; charges against the man are pending. Check out the footage of the suspect busting a move in the clip below.

A suspect's driving wasn't the only thing that was reckless: He also busted out some carefree dance moves at the end of a chase – all while officers had their guns drawn. https://t.co/NxK3A13Xp6 pic.twitter.com/CjQPP55vy5