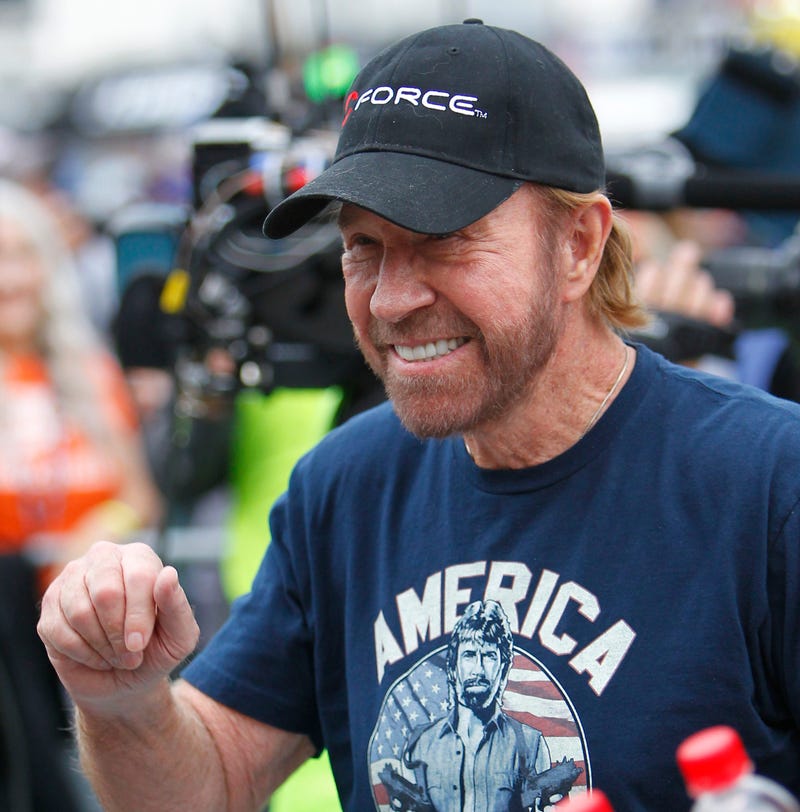 Photo credit Photo by David Kent/Fort Worth Star-Telegram/TNS
By ALT 103.7

If Chuck Norris wants you to do something, you do it.

The legendary action star is putting together a very unique event, a 5K fun run. Not just any kind of fun run either, every runner who is participating must dress up as Chuck Norris.

That’s right. Chuck Norris wants you to dress up as Chuck Norris and run for over three miles. Before the race begins and to help you get fired up, Chuck Norris will give runners a few words of encouragement.

You’ll want to train hard for this race; the first one to cross the finish line gets a high five from Chuck Norris. How many of you can say ‘Chuck Norris gave ME a high five’? Be careful though, the event website notes, “Organizers are not responsible for any injuries that might occur from allowing Chuck Norris to give you a high five.”

Registration for the 5K run is only $30 and includes “a custom Chuck Norris style t-shirt, a fake beard, and a sweet belt buckle.” Not only will there be a fun run, but the Lone Wolf McQuade actor wants to set the Guinness World Record for the “Most People Dressed Like Chuck Norris In One Place”.

Because no one in the world holds that record, who better than Chuck Norris himself?

The event doesn’t end there. After the race, there will be an after-party featuring Chuck Norris’ favorite foods and local brews. This is basically an entire day celebrating the legendary Texan.

The event will take place over in College Station on Saturday, May 4th. If you’re a fan of Chuck Norris you’ll definitely make the drive.

Via: The Houston Chronicle