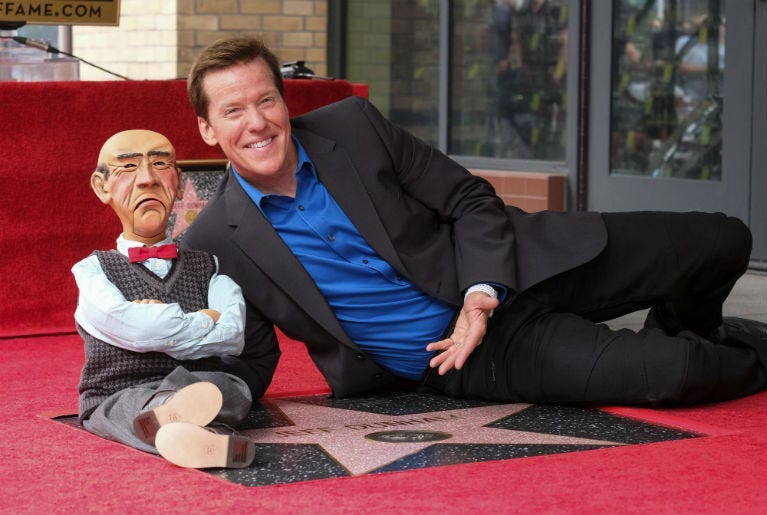 Guess we can call Jeff Dunham one of the funniest guys from Dallas. The world-famous ventriloquist was ranked as the 9th highest paid comedian last year.

Dunham recently moved the date of his Dallas show from February to June. His reason for rescheduling was to film his 10th comedy special in his hometown of Dallas.

Dunham will not only be performing one night but two at the American Airlines Center. Both of which he'll be shooting his Netflix special. Dunham told the Dallas Observer, that it only made sense to shoot his next comedy special in his hometown.

"It's a homecoming for me. ‘Why in the world have I never done this?’ I just knew the next Netflix special was coming, and I always pick the city in the tour, and I thought, 'Wait a second, why have I never ever done my hometown where I always began?'"

Dunham has been touring for the last 10 years, and always makes a point to stop here in Dallas. In the past, he’s performed in theaters here in the area, this time around he’s stopping by an arena.

"The audiences are always great, and we always pick a theater, but we've never done an arena and all my shows for the past 10 years have been nothing but arenas, so why in the world would I not put on tape what I've been doing for a decade?"

Not only will Dunham be filming his comedy special here in DFW, but a special for the Bio Channel as well. He’ll be stopping by his old stomping grounds, and visiting his mom over in Richardson. Dunham told the Dallas Observer that he’s pretty excited about his Homecoming.

“It’s pretty fantastic, it's not the end. I've still got a few more years in me touring, but to come back and do it there, I don’t think I could beat that. This doesn’t feel like just another show. This is pretty special."

Jeff Dunham will be performing at the American Airlines Center on June 21st and 22nd.