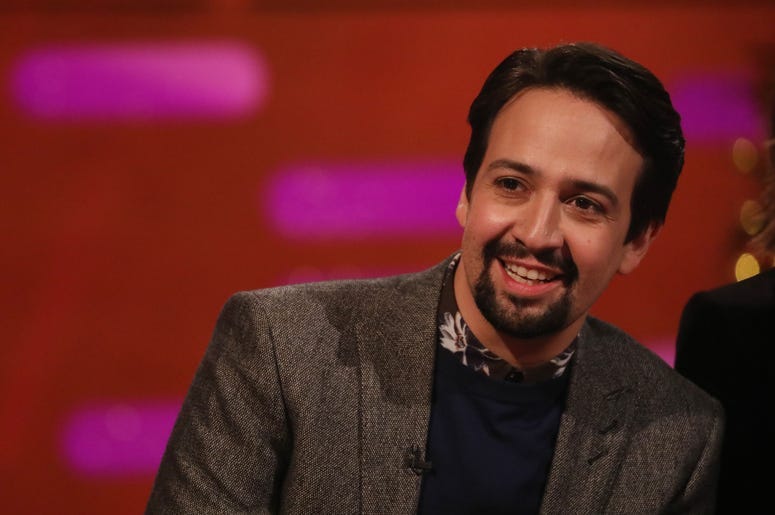 The cardinal rule of the theater is to not use your phone, no matter what the reason. One theater goer had to learn that rule the hard way, after trying to capture a performance of ‘Hamilton’ on their cellphone. With Lin-Manuel Miranda returning to play the title character of his play, fans knew they were in for a special treat, but no one expected what Miranda did to stop the rule breaker from continuing.

‘Hamilton’ is currently on a special three week run, in Puerto Rico, with Lin-Manuel Miranda returning to play the role of Alexander Hamilton. During the show, while performing the song, ‘My Shot,’ Miranda noticed someone in the audience on their phone. Instead of letting it go, or stopping the show to say something, Miranda seamlessly added a line into the song, asking the person to stop using their phone during the performance.

Please don't make me do that shit again.

In a tweet after the show, Lin-Manuel Miranda wrote out the line he replaced to admonish the person on their phone saying, “I probly shouldn't brag, but dag, I amaze & astonish, LADY FILMING IN THE 4th ROW, PLEASE STOP IT, I gotta holler just to be heard..." The star of the show would later say that his costars were shocked by the edited lyrics, but also urged audience members not to use their phone during the show. This is something Lin-Manuel Miranda has discussed before, as a few years back he tweeted, “Tagging me with bootleg footage from my show is like showing Patti LuPone the video you took of her during Gypsy,” in response to people filming his show without consent.

Tagging me with bootleg footage from my show is like showing Patti LuPone the video you took of her during Gypsy. Ya dig?

While the show did go on from there without problem, the audience appreciated the quick thinking edit on Miranda’s part. Many in the audience gasped in amazement when they heard the audience member being rapped about. Miranda would eventually receive an apology. He tweeted an image of the email title and wrote, “In a million years, I never...Gracias. Thanks for your apology and thanks for coming to the show.” Many fans were quick to defend Lin-Manuel Miranda, along with admire him for the ability to quickly change the original line, without disrupting the flow. One twitter user wrote, “I cannot believe I actually witnessed this live, everyone in the theatre gasped when that happened.”

In a million years, I never...
Gracias. Thanks for your apology and thanks for coming to the show. Y saludos a mami. pic.twitter.com/sBY4lYjORv

STOP FILMING SHOWS. And not just Hamilton; don’t do it EVER. You’re there!! BE THERE! Enjoy it! Don’t be the worst. BE IN THE MOMENT PLEASE AND THANK YOU. https://t.co/KnbAwWH65G

I cannot believe I actually witnessed this live, everyone in the theatre gasped when that happened

As a former stage manager and live theater fan, you are my HERO! pic.twitter.com/WMAXO9OUwN

Luckily for the audience, the phone user stopped filming, and the show went on. ‘Hamilton’ will continue to play in Puerto Rico, with Miranda at the helm, to raise money and awareness for the island, still struggling after 2017’s hurricane Maria. Hopefully no one else interrupts the show, but if they do, just know Lin-Manuel is coming for you!