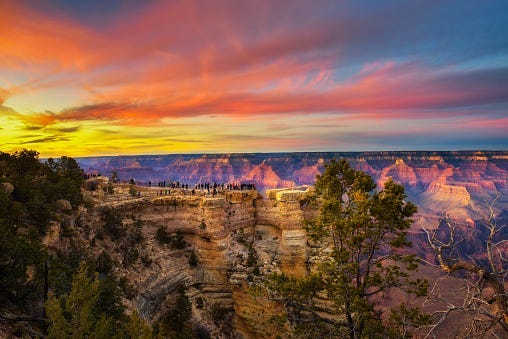 In just eight days, there have been three confirmed deaths at the Grand Canyon National Park.

The most recent was A 67-year-old man from California who fell about 400 feet, near the Yavapai Geology Museum.

Just last week a man from Hong Kong in his late 50’s fell. He was part of a tour group visiting the Eagle Point observation area, the man slipped and fell while taking a selfie.

The first death that occurred last week was not the result of a fall. According to Vanessa Ceja-Cervantes, a spokeswoman for the Grand Canyon National Park a body was found on March 26th in an undeveloped forested area south of the South Rim Village area of the park.

The Coconino County Medical Examiner is conducting an investigation into the March 26th death.

Ceja-Cervantes says that most deaths that occur at the Grand Canyon National Park are from heat exhaustion or medical issues. "On average, there about 12 fatalities in the park per year, but a small percentage of those are from fatal falls. The causes of those deaths range from heat, to drowning, to medical issues and more. High elevation plays a role in some of the fatalities."

Be careful the next time your visiting the Grand Canyon National Park.