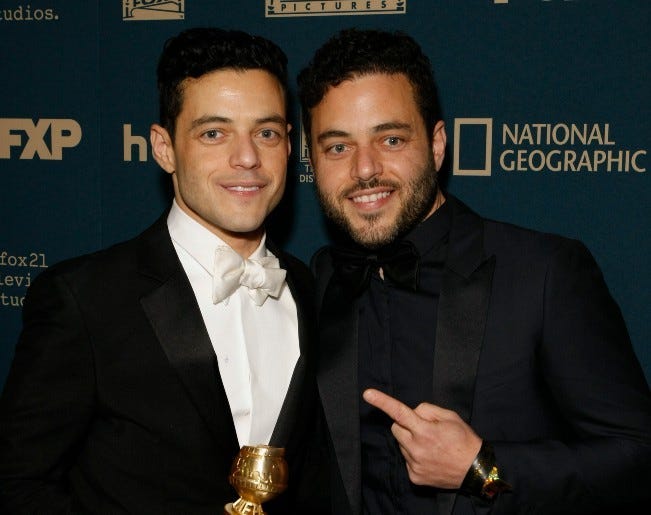 Rami Malek has been around Hollywood for some time now, he starred as the Pharaoh Ahkmenrah in Night at the Museum and recently played Freddie Mercury in the Queen biopic Bohemian Rhapsody.

The world is just now finding out that he has a twin brother. Sami Malek was spotted for the first time taking pictures with his brother after he won the Golden Globe Award for Best Actor.

Rami and Sami are identical, with Rami being older by four minutes. Shave that beard and you wouldn’t be able to tell the two apart. The two are 37-years-old and have studied acting, but it is believed that Sami is now a teacher.

This is also not Sami’s first time in the spotlight; he made a brief appearance on Jimmy Kimmel back in 2015.

Apparently, the two used to look even more identical than they do now. "He's an identical twin, yeah. We don't look as much alike as we used to but yeah, we're identical." Rami went on to tell Kimmel about the time they switched places once.

Check out the video below of Rami Malek explaining how he helped his twin brother Sami pass a college course.