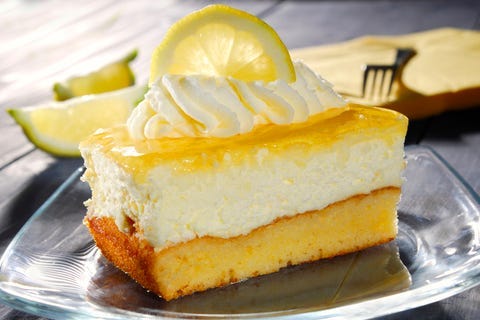 If you’re going to celebrate a special occasion, do it with a cake. Doesn’t matter what the occasion is as long as it’s important to you.

We have cakes for graduations, weddings, baby showers you name it. Now after seeing this cake, we might start having cakes for vasectomies. The Signature Desserts bakery in Nashville, Tennessee fulfilled a rather odd request for a woman who wanted to show her husband a little appreciation for having the procedure done.

The bakery made a cake that featured two lemons and read, "100% JUICE, NO SEEDS. HAPPY VASECTOMY!" on the top. The bakery posted a picture of their latest creation on Facebook with the caption “We make cakes to celebrate any occasion!!” Check out the picture below.

A post shared by The Bearded Baker Nashville (@thebeardedbakernashville) on Mar 8, 2019 at 4:25am PST

Any occasion indeed, the bakery’s cake has since gone viral thanks to their creative design. One of the bakers told Fox 17 News that, "It was a big thing for him to get a vasectomy and somewhat underrated for men."

According to a report from February by the Cleveland Clinic, more men have vasectomies in the month of March due to March Madness tournament. Edmund Sabanegh, MD, Chair, Department of Urology say's, “We see a lot of men who hold off scheduling their vasectomy until this time of year when they know they’ll have some downtime to watch the tournament.”

The amount of time it takes to recover from the procedure is about 24 to 72 hours. In that time patients shouldn't do anything strenuous, allowing men to binge watch all the games over the weekend.

But what really want to know is, what flavor was that cake?

sports
Kyrie Irving owns up to leadership failures in Cleveland, Boston
music
Nick Jonas’ next solo album is full of 'love letters' to Priyanka Chopra
music
Blake Shelton shares which 'The Voice' coach he wants to sing at wedding to Gwen Stefani
sports
NCAA Tournament odds: Will Ohio State be a No. 1 seed?
music
Luke Bryan feels deluxe album tells 'a great story of where I'm at in my career'
sports
NBA player props: 3 best bets for Friday, February 26