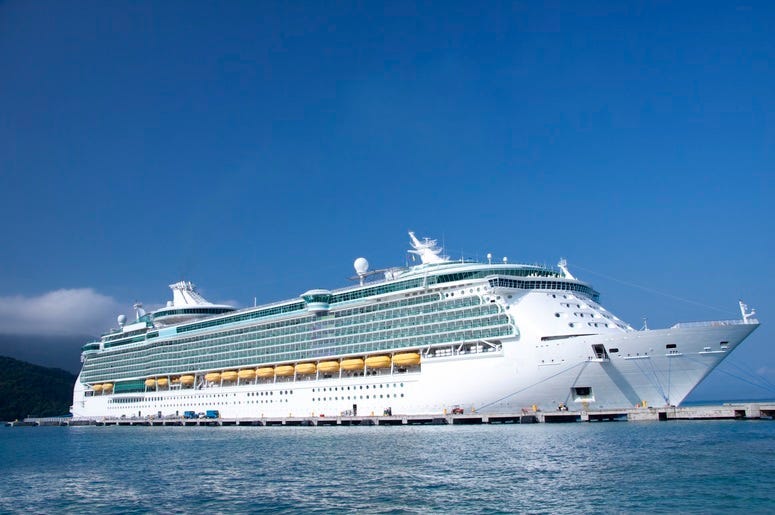 There is no formula to becoming a viral sensation, but that won’t stop people from trying out their methods. One man’s attempt at internet fame not only got him injured, but banned from a cruise line as well. Nick Naydev, and a group of friends, was banned from The Royal Caribbean cruise line for life, after Nick decided to jump from an 11th floor balcony, in hopes of gaining internet fame.

Nick Naydev, of Vancouver, Washington, posted the video of him jumping off the ship to his Instagram page on Friday. Naydev, and his friends, were aboard the ‘Symphony of the Seas’ ship, and the group decided to venture out to their room’s balcony for some shenanigans. A friend of Nick’s captured the video, showing the group standing around and laughing on the balcony, before Nick’s jump takes place.

The ship was still docked at the time of the jump, but authorities still had to pick up Naydev with a small boat, before cops brought him back onto the cruise ship to collect his things and leave. The group was then asked to leave, and find their own way home, before later being banned for life form the cruise line. While Nick Naydev has not made an official comment about the incident, he has commented on his original Instagram post. Speaking on the fall, Naydev wrote, “My feet were actually fine. It was my neck and tailbone that hurt. Could barely walk for 3 days and could barely sleep from the pain. I’m good now.”

Man gets banned from Royal Caribbean Cruises after jumping off ship for viral fame https://t.co/RKl6iCsFpF @Yahooより
【he and his friends didn’t even consider the consequences prior to the jump ← 27 and they’re dumb as hell】

Hahaha this stupid guy decides to jump into the water from a Royal Caribbean cruise ship and now he’s being sued and banned for life from the ship. Total dummy.

So this DUDE decided it was a good idea to just jump off of a Royal Caribbean ship! Needless to say, they've banned him for LIFE annnnnnnd made his dumb ass find his own way back home from the Bahamas. #StupidIsYa #DumbIsYou #DontDrinkAndCruise pic.twitter.com/CRGKEdD50K

In a video posted after the jump, Nick’s friend says he and his friends didn’t even think of the consequences before taking the leap. “We just wanted to get a video of it and make it go viral,” he said of the jump. While Nick Naydev was hoping for internet fame due to his jump’s video, it seems the story of his banishment is what has given his fame. His original video only has about 89,000 views, at this time, but saw a significant jump after the story was picked up. One twitter user wrote, “Hahaha this stupid guy decides to jump into the water from a Royal Caribbean cruise ship and now he’s being sued and banned for life from the ship. Total dummy.”

While the jump was surely exciting, it didn’t bring Nick Naydev and his friends the internet fame they were hoping for. Instead it got them banned from the Royal Caribbean cruise line for life. The group will just have to find other boats to jump off of for the foreseeable future.