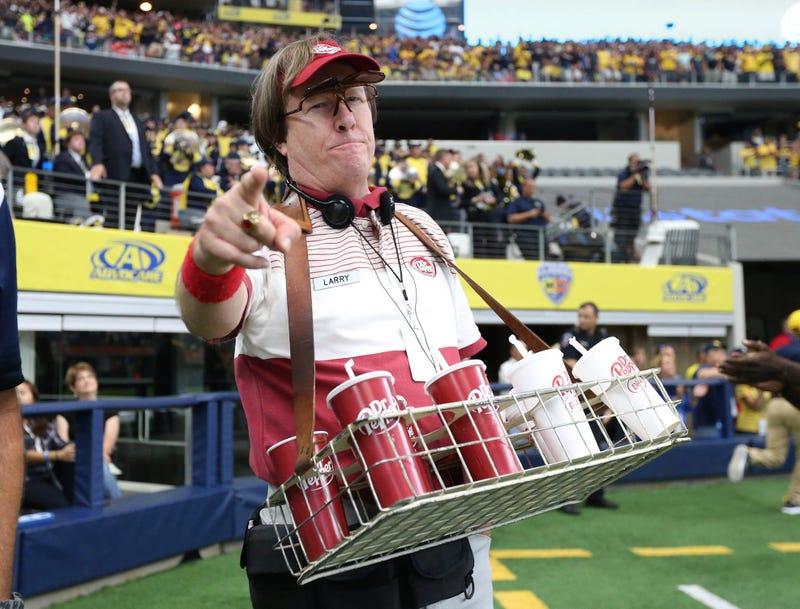 We can all agree that Dr. Pepper is great and just about everyone in Texas drinks the soda like its water.

Now the Texas-based drink is looking to be declared the official drink of the Lone Star State. Pretty sure no one in Texas will argue with them over that statement.

Keurig Dr. Pepper has launched a petition on Change.Org Petition for fans of the beverage to sign in order to make Dr. Pepper the official soft drink of Texas. Once the company has enough signatures the petition will be sent to Congress.

While we wait for the house to make it official, Dr. Pepper will be releasing 15 special edition 20-ounce bottles. The labels will feature “artwork depicting some of the state’s most iconic landmarks and landscapes.” These special bottles will only be available at grocery stores in DFW, Houston, and Waco. Better put Dr. P on the grocery list this week.

According to VP of Brand Marketing at Keurig Dr. Pepper Derek Dabrowski “This one-of-a-kind bottle collection was created exclusively for the passionate fans that also call it home.”

Dr. Pepper was created back in 1885 and is one of the oldest major soft drinks in the United States. Dabrowski says that just like the state of Texas, Dr. Pepper has a rich history. "Dr. Pepper is Texas born and bred, and like any Texan, has only the deepest pride and appreciation for its home state. Dr. Pepper has a rich history in the Lone Star State and being named its official soft drink would mark a new milestone to celebrate for generations to come.”

If you want to make Dr. Pepper the official soft drink of Texas go ahead and click HERE.