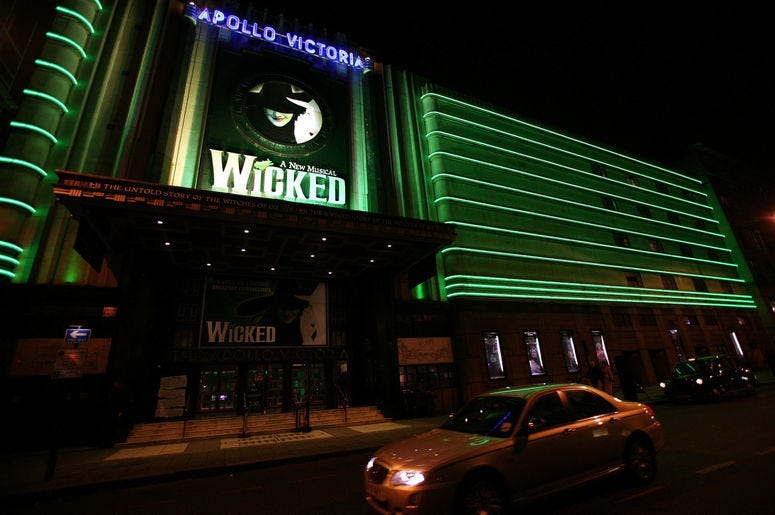 Emerald City is about to get a Hollywood makeover. The hit Broadway show ‘Wicked’ is officially heading to the big screen, but fans of the musical will have to wait two years for the new movie.

We have new details on the 'Wicked' movie musical! https://t.co/LAsYqFeRlM pic.twitter.com/Xh28VaSSYL

In an announcement made by Universal Pictures, ‘Wicked’ will be hitting the silver screen on December 22, 2021. The movie will be directed by Stephen Daldry, whose credits include ‘Billy Elliot’ and the Netflix series, ‘The Crown.’

Fans quickly went to social media to share in their excitement for the news that ‘Wicked’ will be made into a move. Of course, some fans had their own recommendations for who should star in the movie. Ariana Grande, who has some ‘Wicked’ experience of her own, was the obvious choice for many.

If they don’t cast Ariana as Elphaba in the ‘Wicked’ movie, I’ll riot.

‘Wicked’ the musical, which has won three Tony awards, was adapted from Gregory Maguire’s 1995 novel, ‘Wicked: The Life and Times of the Wicked Witch of the West,” by Winnie Holzman and Stephen Schwartz. The two will be tasked with helping to adapt the theater story to film, and the original writer, “couldn’t be happier.”

‘Wicked’ will hit theaters December 21st, 2021 barring any setback. Fans will just have to wait, and maybe even catch a showing of the musical in the meantime.