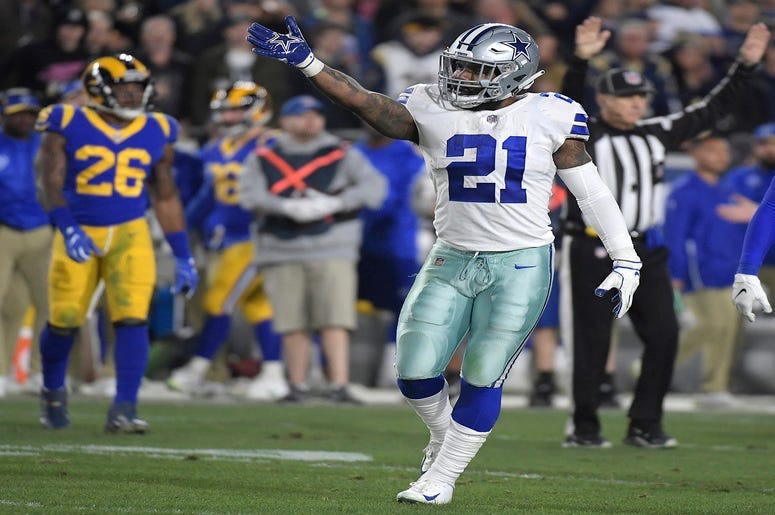 Dallas Cowboys running back, Ezekiel Elliott, is back in the news after being handcuffed and detained in Las Vegas over the weekend. Elliott was attending the EDC music festival where video captures him with police after allegedly knocking a man to the ground.

Ezekiel Elliott Handcuffed at EDC Vegas After Knocking Man to the Groundhttps://t.co/RTG33Mh6bU

According to an attorney for Elliott, the Cowboys star player wasn’t formally arrested, and claims the whole ordeal is nothing. For safety purposes Elliott was put in handcuffs by Las Vegas police, and taken away from the scene. Ezekiel Elliott was then later let go, and has not been charged with any crime.