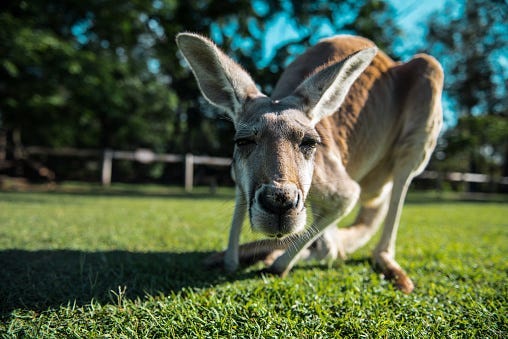 Kangaroo’s down in Australia can be huge party crashers. They can jump right over any barrier, are super stubborn and they’re everywhere.

While a bunch of models were getting ready to do a poolside photo shoot at a mansion owned by millionaire Travers Beynon, a random kangaroo wanted to join in and started hopping all over the place.

A video was posted on Instagram showing women in bikinis running away as fast as they could. At first, you might think something serious had happened, then all of sudden the kangaroo leaped into the frame showing us what they were running from. One model thought it would be smart to hide in the pool while the rest tried to run for the patio.

Would you run away from a kangaroo? Check out the hilarious video down below.