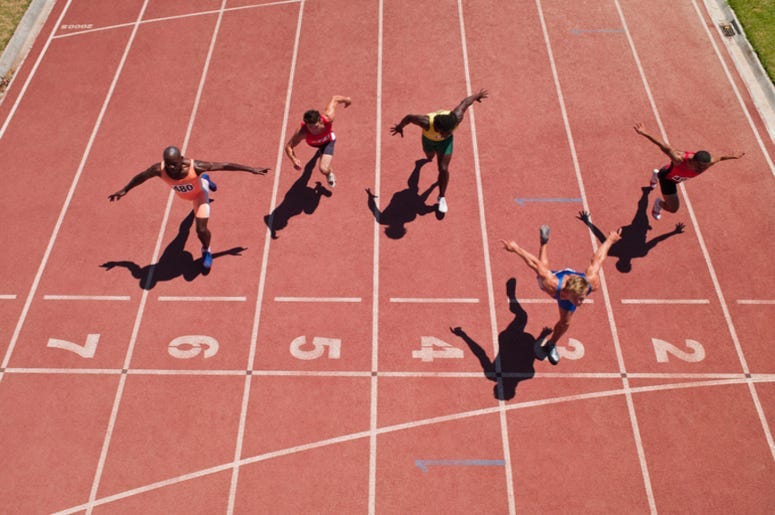 A Texas high school track and field star was expected to put on a show this weekend at the University Interscholastic League Track and Field Championships, and he did not disappoint. Sprinter Matthew Boling, of Houston Strake Jesuit, tied a record in the 100-meter dash that was set in 1986.

Matthew Boling was on display over the weekend, showing off what has made him a track and field phenom. Boling rose to fame two weeks ago when he ran a wind aided 100-meter dash in 9.98-seconds. Though the record time didn’t count due to the wind, Boling still finished this weekend’s race in an impressive 10.13-seconds.

We have a state champion! With a new national and state mark of 10.13, Strake Jesuit senior Matthew Boling wins the Class 6A title in front of an electric crowd here in Austin. #uiltexas pic.twitter.com/6220blNfl9

The national record time of 10.13 seconds ties the overall Texas 100-meter record, which was set by Derrick Florence of Galveston Ball in 1986. The crowd was in high anticipation for Matthew Boling’s race, as countless cell phone cameras went up at the start of the race.

“Whenever I look up and see the crowd get up and start videoing, it gets me hyped. That's what I love about the 100. Everyone comes to watch it and it's really fun," said Boling. Of course, the high school senior wasn’t done with just the 100-meter. He also took home gold in the class 6A long jump. It seems like this young Texas phenom has a bright future in track and field ahead of him.