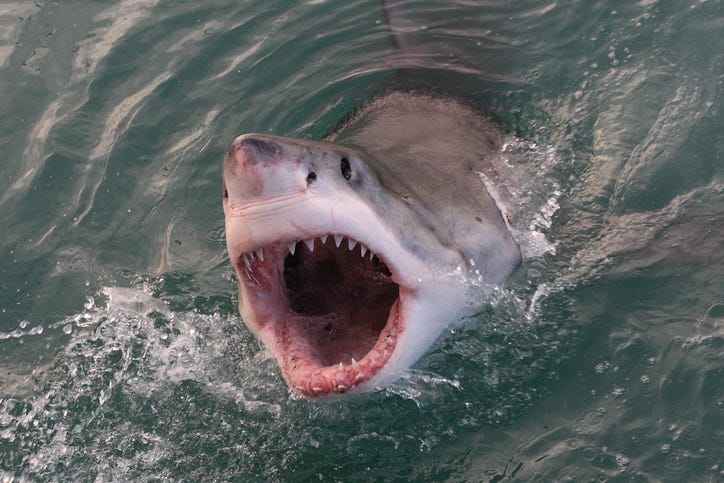 They say that movies aren’t real and everything you see is fake.

As true as that may be, this group of fisherman had an encounter with Bruce the shark from ‘Jaws’.

While fishing just 30 miles southeast of Manasquan Inlet, New Jersey a group of five fishermen spotted a huge shark. The owner of the boat, Jeff Crilly recorded a video of the moment the great white shark approached the crew and snagged a bag of chum.

Crilly told the Asbury Park Press that he thinks the predator must have been more than half the size of his 31-foot sport boat and weighed approximately 2,000 pounds.

“We’ve fished for sharks a lot and never seen anything like that. We were amazed by how big it was.”

This is the kind of shark you see during Shark Week. Check out the crazy video below.