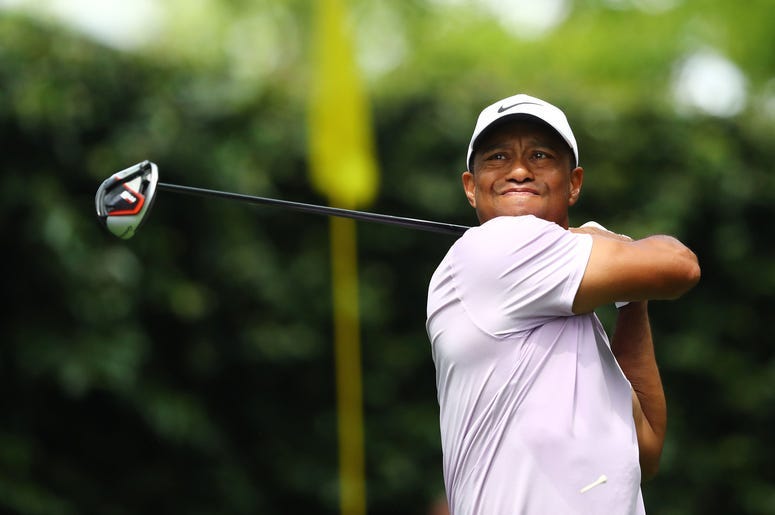 After years of uncertainty, Tiger Woods is back on top. The golfer won his fifth Masters title on Sunday, giving him his first win in a major tournament since 2008.

This is Tiger Woods' 5th Masters title, and his first major victory since 2008. https://t.co/GjVSzpdKmC pic.twitter.com/wTMl8XFQs8

It was a little over two years ago that Tiger Woods spoke to the media, and wasn’t sure if he even had a future in golf. Now after the back surgeries, and all the failures, Tiger has finally won his 15th major championship. He is now only three major wins behind Jack Nicklaus for most all time.

Tiger Woods entered the Masters final day two shots behind the leader. He finished the day shooting 13 under par, to claim his fifth Masters title, and first major win since the US Open in 2008. The sports world quickly reacted to Tiger’s win, with other athletes, media members and fans all congratulating the golfer.

I'm not sure anyone has ever enjoyed winning a golf tournament more than Tiger Woods is enjoying this one. He went through so much pain to achieve this all-time amazing moment.

One of the greatest moments in sports history... Thank you Tiger Woods 🐅

Woods finished off the 2019 Masters tournament with his signature fist pump before celebrating with family. After finally getting over the hump, and claiming yet another major victory, it appears Tiger Woods is truly back. As many have pointed out on social media, he is once again the GOAT.