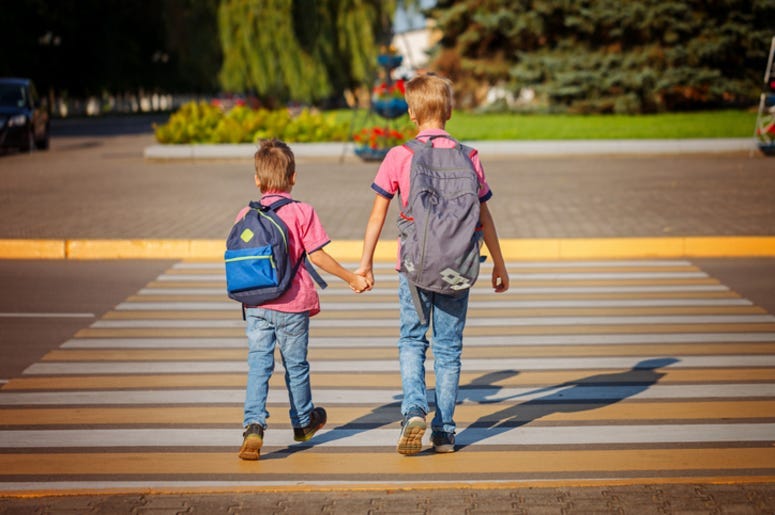 Two elementary school students just came up with a genius idea to help keep their neighborhood safe. The fourth graders designed a 3D crosswalk designed to encourage drivers to “stop and think.”

The 3D drawing of the crosswalk works like a speed bump, creating the allusion that the crosswalk is raised. The young students hope this forces drivers to slow down in fear of damaging their vehicle. Isa and Eric, fourth grade students at Brooks Elementary in Medford, Massachusetts, got the idea after Eric’s brother was almost hit by a car.

“We were thinking of a way we could do something to help make the street safe,” said Isa. After a year working with the Center for Citizenship and Social Responsibility, the two students got their project approved. According to their teacher, Mike Coates, “It’s a great example of them sticking to an idea and going through all the steps and talking, in this case, to all the adults and all the powers that be.”

Now Isa and Eric’s plan has been implemented, and due to the success of their crosswalk, the city plans to add these crosswalks to three elementary schools over the summer.