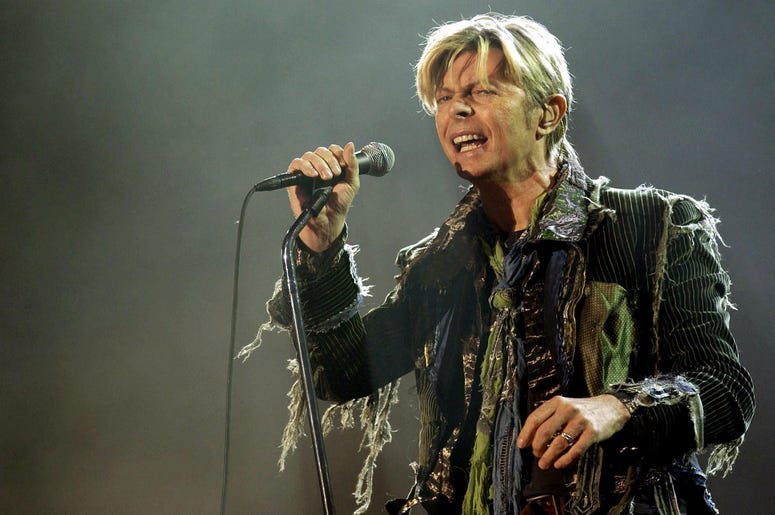 Vans has come out with a number of iconic looks over the years, but now the shoe company is designing a look inspired by a music legend that had a few iconic looks of his own. After months of rumors floating around, Vans has finally announced they are releasing a limited edition sneaker line inspired by the late David Bowie.

The new sneaker line, will include four of Vans most popular styles; the Slip-On 47 V DX, the Old Skool, the Era, and the Sk8-Hi. Each shoe’s look was inspired by one of David Bowie’s famed albums. ‘Hunky Dory,’ ‘Aladdin Sane,’ ‘Space Oddity,’ and ‘Diamond Dogs’ were the records used to create each shoe’s unique look.

This is not the first time Vans has collaborated with a famed rock and roll act. Last month the shoe company released a line inspired by Led Zeppelin, featuring two shoes, along with two matching t-shirts and a baseball cap. It is unknown if the Bowie collaboration includes any other items other than the four new shoes.

Apparently the David Bowie x Vans collaboration collection is releasing April 5, ON MY BIRTHDAY, and I am definitely going to get these. pic.twitter.com/vuTgBQjOLM

Fans of David Bowie quickly went online to share their excitement, and figure out which shoe is best for them. Whether it was based on the album, the shoe, the look, or the love for Bowie, it seems everyone already has a favorite. The David Bowie limited edition Vans collection will hit stores on April 5th.