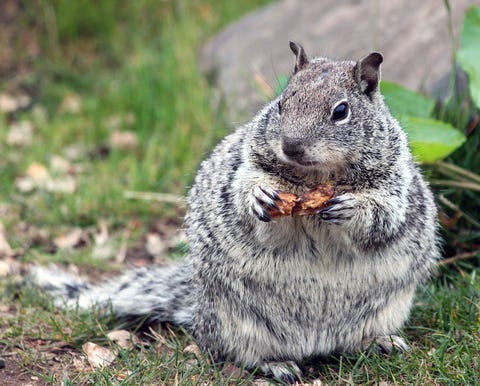 New Yorkers claim to have seen everything, and they might be right.

We have squirrels everywhere in Texas; pretty sure none of them would go for an egg roll, a taco or a BBQ rib maybe.

You’ve seen Pizza Rat, now introducing the Roll Squirrel. One New Yorker managed to take a video of what looks like a chubby squirrel eating an egg roll in a tree.

This video definitely raises several questions, where did he get the egg roll? Has he been bulking up for winter? Did someone hand him a full egg roll? Do all squirrels like egg rolls? Did he share the egg roll with his squirrel family?

We’ll have to agree with the caption posted with the video, this does not look like his first egg roll; he’s even holding it the right way. Check out the video below.

What’s the weirdest thing you’ve seen a squirrel do?